Today, I have a little mystery/conspiracy theory for y'all.

So, you know how if you're a club member on Animal Jam, you get free weekly gifts on AJ Play Wild?

Well, as soon as my eyes rested on last week's gift, a palace gong, I immediately started to brainstorm, and here's why. This is a screenshot of the palace gong that was awarded to eligible AJPW players last week. The picture does not belong to me; it belongs to Animal Jam Archives. Anyways, like I was saying, as soon as I saw what the gift was, almost instantly my brain started to crank like a machine.

The item reminds me of the same gong that was in Jamaa Township during the beta testing period. 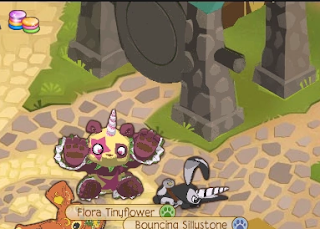 There are a few slight differences, though. The AJPW gong has five holes in it: four small ones on the outside, and one large hole smack dab in the middle.

What could these holes mean? Let's investigate further.

The gong in Jamaa Township stayed the way it was for quite a while, but once beta testing ended, sometime in 2011 the gong got a bit of a makeover. 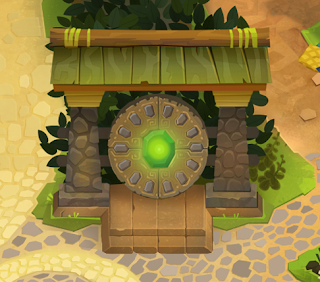 As you can clearly see, the beta gong's features got adjusted and altered in one way or another, but the most major update to it is the big green crystal embedded in the middle of the gong.

Now, with that in mind, let's talk about adventures. Trust me, I'm going somewhere with this. I promise. :P

In the Phantom Portal adventure, the last mission instructs you to collect a number of portal crystals and give them to Liza, the panda Alpha, so she can seal the phantom portal, a passageway that phantoms can use to enter Jamaa. 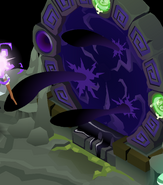 One of the five prizes you may receive after completing the adventure is one of these glowing green crystals that you can decorate your den with. 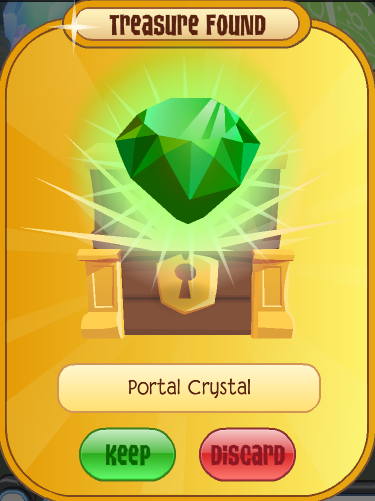 This crystal looks almost identical to the green gem in the gong!

Since the crystals were designed to fit into portals that allow you to teleport to different areas in Jamaa (such as adventures, as seen in the Adventure Base Camp, or other Jammers' dens), I believe that the gong in Jamaa Township with the crystal might have served as a portal!

We don't know if it was a portal that was sealed a long time ago and is no longer able to function, as if it's like a dormant volcano, or if it is usable, but no animal or Alpha figured out how to use it until the adventures came out.

So, there you have it. That's my theory on the AJ gongs! I hope you enjoyed today's post, and if you'd like to share your thoughts, go ahead and do so in the comments!