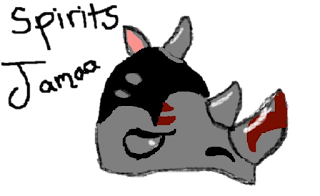 Posted by gingy gingy at 1:13 PM 12 comments:
Email ThisBlogThis!Share to TwitterShare to FacebookShare to Pinterest

Check out my new blog here. It has religious content so if you don't feel comfortable viewing it that's fine by me. (:
Posted by gingy gingy at 11:48 AM 11 comments:
Email ThisBlogThis!Share to TwitterShare to FacebookShare to Pinterest

9 years ago on January 19th, 2006, the famous interplanetary space probe, New Horizons, was launched with one mission: to study Pluto.

Now, for the first time in history, NASA reveals the fantastic results of a patient 9-year wait.

Posted by gingy gingy at 1:58 PM 4 comments:
Email ThisBlogThis!Share to TwitterShare to FacebookShare to Pinterest

Today I was thinking of the memories I had made while playing Animal Jam, and I can quite distinctly remember a certain friend of mine who is no longer on my buddy list. This post will explain the reason to just that.

The memory of this incident is so faint that I don't even know her username anymore, nor the fact whether or not she may still play AJ. I do remember that her main animal was a pink dragon, so we'll just call her "Dragon" from now on, okay?

Anyway, in the early winter of 2012, I ran the Ninja Seal Society. Pretty lame, right? It was simply a band of scam-catching seals that wore cheesy ninja outfits.

One day I was strolling through Jamaa, and I noticed a pink dragon dancing in the middle of the crowd, yelling something like, "SCAM-CATCHING CLUB! EXPERIENCED SCAM-CATCHERS ENROLLING AT MY DEN NOW!"

So, why couldn't I deny this amazing opportunity!?

At her den, we did some several trials to test our skills. The meeting came to a close with the results for the qualifying contestants.

I was chosen to be a part of the team, but a day later most of the other agents who had qualified for the job quit.

All that was left of the team was me, my friend partyanimalzz (Party), Dragon, and Dragon's little henchman "Coolguy".

We just decided to stick with it and go with the flow.

The next day we had our very first mission: to "arrest" a Jammer by the name of yellowfangleaderofshadowclan (Yellowfang). He was rude, selfish, and greedy.

When we confronted him, Party and I started out by telling him why it was important not to scam and not to do the things he was doing.

Meanwhile, Dragon and Coolguy were screaming their heads off at Yellowfang, shouting and cursing. I was appalled.

As we finally exited Yellowfang's den, Party and I talked the situation over.

"That was... interesting," I whispered, eyes still bulging from the sight.

"No kidding!" she replied with a big fat nod.

Since then an entire week had passed, and each day we confronted and tracked Yellowfang down. After we moved on from Yellowfang, we met another mischief-maker: kimbarly.

We spent that entire week punishing her for what crimes she'd done.

After weeks of work as a scam-catcher, our unlikely team decided to take a break for a few days and just hang out.

Well, one day I was "just hanging out" with Dragon in her ice fortress den, and somehow we came to the subject of Coolguy.

Dragon told me a secret about that dude: he scams. Duhhh...

But here's the catch. She also told me that Coolguy had personally forced her to scam with him. Huge shocker; not!

No one can force you to do anything! Every human has the free gift of agency, to choose for themselves, to choose right or wrong!

That could only mean one thing.

Deep down inside, Dragon and Coolguy were both scammers. And they created this scam-catching club to hide their true identity! Sound familiar, to those who were around last summer? Hmmm?

I grew angry with Dragon for lying about herself to my friends and I, so we got in a fight and ended up being enemies. I haven't talked with her - or seen her - since.

Do you have any stories about a friend that is no longer on your buddy list? Tell me in the comments below!