Today I wanted to make a rant about unoriginality in the Animal Jam community.

A lot of creative ideas were put into the making of videos, and because of these fresh, new ideas, many Jammers became famous on YouTube.

There are so many other famous YouTubers, too. ^.^ 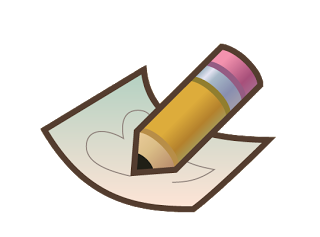 But back then, the Animal Jam YouTubing community wasn't as popular as the blogging community, so there was much originality when videos were created. In fact, I believe one of the very first AJMV's involving green-screening belonged to Libertyy.

Now that the community has progressed over time, there are more and more YouTubers.

That's why it's so hard to come up with original ideas for videos that will help grow your channel these days. It's because there's a good chance your idea may have already been stolen by someone else out there.

What also sucks is that when you DO think of a fantastic idea that no one has ever thought of before, it usually gets discovered by some famous person, so the famous person goes ahead and recreates your video into their own. Their video gets much more likes, comments, and views because their channel is a lot more popular than yours, so they get all of the credit.

And if you try to tell them that they stole your idea, the famous person has a bunch of fans on their side, so you end up losing the war.

This is why I like to stick to blogging. There are very few active bloggers remaining in the community, and I am proud to be one of them. ^.^

What do you guys have to say about this topic?

Posted by gingy gingy at 6:31 AM
Email ThisBlogThis!Share to TwitterShare to FacebookShare to Pinterest