Hi Jammy-Wammies! XD Today is an update day, so let's check out the latest edition of the Jamaa Journal! 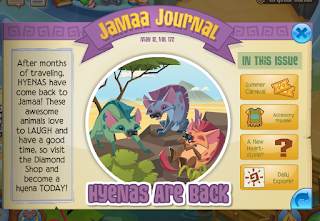 Hyenas have returned! If you haven't got a hyena yet (and you're a Member with 10 diamonds on hand), you must pick one up, because they're super cool! :P 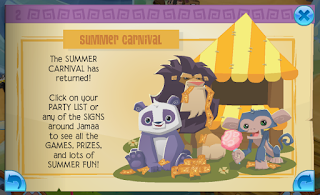 It looks exactly the same as the previous years, with the same items and games, which I suppose is good because what would the Summer Carnival be without its original, classic touch? 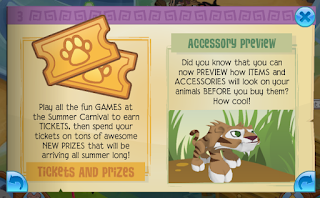 Ooh! I really like this new preview gadget thingamabob. Now I won't have to waste my gems on an item that I didn't like! 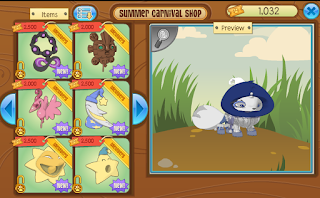 In the picture above, my arctic fox is trying on some Summer Carnival clothes. :) 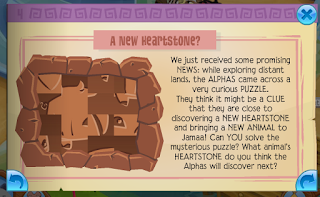 :O ANOTHER new animal is coming to Jamaa! Solve the puzzle to find out what this new animal may be!

Of all animals, why add a PIG!? I mean, I guess they already have horses, so it's fair to say that they're continuing the farm animal line, but it's ANIMAL JAM, people! Not FARM JAM! e.e 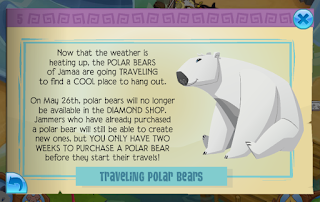 Aaaaaaand last but not least, polar bears will be leaving in two weeks on May 26th! Hey, that's the last day of school for me! ^.^

To conclude this update post, here is a graphic I whipped up: 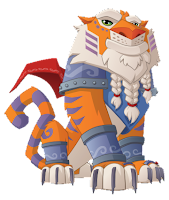 Posted by gingy gingy at 3:06 PM
Email ThisBlogThis!Share to TwitterShare to FacebookShare to Pinterest