Hello! Happy Memorial Day! :) School's off for me, so my family and I plan to drive to the capital city and hang out there for most of the afternoon.

Like the Forgotten Desert adventure predicted, the Rare Moustache is the RIM today. 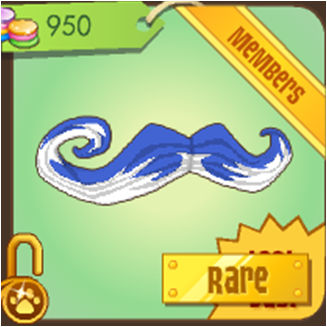 It looks like someone jumped into a pool of blue and white tie-dye and got it stained on their facial hair. I know, crazy theory. o3o

But, it's still a good item! XD

Anyway, lately there has been some trouble in the eagle adventure.

Animals other than eagles are appearing in it!

Now, these animals just pop out of nowhere. They could be in Jamaa and randomly show up on the adventurers' screens, or something else.

Whatever it is, wessie4chu snapped a screenshot of a horse appearance. 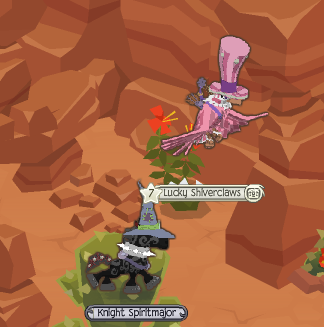 So odd, so strange.

Well, take this day if you go on Animal Jam at some point to mourn for your buddies who quit. That's AJ's way of Memorial Day. Memories. -sigh- ;(

I decided to do a little shindig called "Cool Den of the Week". This week's cool den is gonna be....featured on the Cool Dens tab! x3

Also, do you think I should do Jammer of the Month?

Posted by nafaria9 at 8:11 AM
Email ThisBlogThis!Share to TwitterShare to FacebookShare to Pinterest