And now you've heard of Zero. 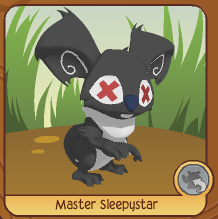 Just a few days ago Julian2 made a video about this shady person named Zero and an extremely creepy conspiracy theory that ties in with it. You can watch it here:

Ever since this video was released to the public, the majority of Jamaa's population (or at least the ones that keep up with the community) has been going nuts.

Zero's den is constantly full, people are dressing up as Zero, and some people are even saying winning a black koala plushie in the claw machine is considered a bad omen.

Just take a look at these two Zero clones: 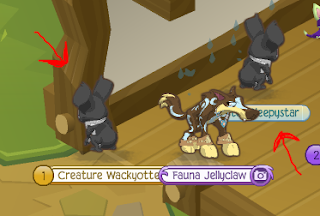 Obviously Zero is becoming the new fman122, and will most likely be added to the list of Animal Jam's most notorious, infamous Jammers of all time.

Now, there is a person named Legendary AJ who uploaded a video about the truth of Zero the other day. You can watch it here: https://www.youtube.com/watch?v=5lH0WHh0zWU

What do you think of this Zero stuff? Rubbish or not rubbish? Be sure to leave your thoughts in the comment section down below. :)