The Story of the ''Bay Be Watermelon Pirate''

It was a magical day in Jamaa. Naffy was strolling along in Jamaa Township, admiring the nature all around her, when suddenly she received a Jam-A-Gram from a gal named Beautyisfabulous.

She was in an empty server, so she wasn't totally sure how she could have found me, but here is what Beauty said: 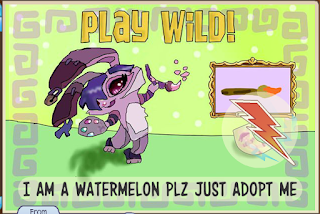 Beauty also sent Naffy another JAG that said she was a baby pirate. o-o

This sounded pretty interesting to Naffy, so she decided to take a chance and adopt this ''bay be watermelon pirate''.

When Naffy met with Beauty at her den, Beauty greeted her by calling her a ''mummy sister panda figure''. An... intriguing nickname. O.o

When Beauty demanded Naffy to take her to the movie theater in Sarepia Forest, she immediately threw a huge hissy fit. She threw NASTY, REPULSIVE insults at poor, poor Naffy. Just a few of her awful words are shown below: 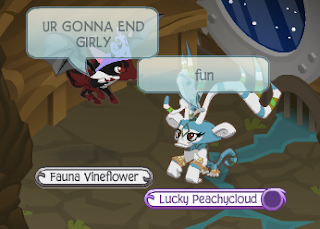 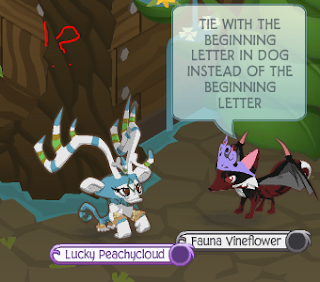 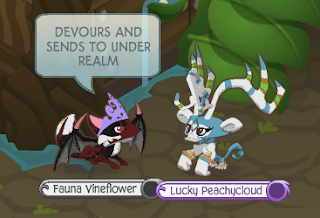 Eventually Naffy decided she'd had enough, so she unbuddied Beauty and locked her out of the den. Naffy continued her explorations for future post ideas and lived a long, happy, and healthy life.