Today, we're going to be talking about some of Jamaa's most influential updates. These updates have shaped Animal Jam over time to what it is now some way or another. Keep in mind that this list is not in any particular order and based entirely off of my own opinions. When eagles arrived in 2014, it opened up a whole new experience for Jammers. You could now access parts of different lands that could only either be accessed by a glitch or not at all. Also, it brought the idea of specific flying animal-only Adventures like the Forgotten Desert, which was released in May 2014, as well as flying animal-only shops.

The Art Studio has been around for a very long time, but it wasn't until 2016 that you could turn your art drawn in the AJ Paint Studio into a den item known as a masterpiece. This new feature has helped the Art Studio gain popularity once again, and has helped Animal Jam artists better express their talents. 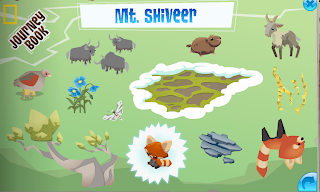 The Journey Book is a fun way for Jammers to gain a better understanding of Jamaa's many environments and the many different plants and animals that thrive in each one, as well as other natural phenomenons, all while collecting facts and stepping toward a grand prize along the way. 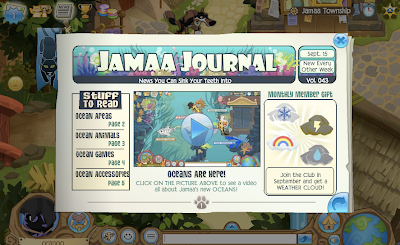 When oceans were released in September of 2011, they were extremely popular. I still remember how difficult it was to get into at least one of the three areas (Crystal Reef, Bahari Bay, and Deep Blue). Unfortunately, several days after the oceans were added to Jamaa, no one seemed to care about them. Over the years, AJHQ has somewhat put forth a little effort towards trying to get people interested in the oceans once again, but nothing has really worked. Even with the ocean-only animals, pets, items, dens, and Adventures, still to this day the oceans are pretty much abandoned.

Parties were introduced to the game in December 2011, and, unlike the oceans, are always bustling with people. Parties give Jammers a chance to socially interact, role play, and make new friends. Besides, almost every single one has a shop with exclusive items you can only find at that specific party, so what's not to love? And, thanks to an update in December 2015, Jammers can now host their very own parties that show up in the party menu for others to attend. 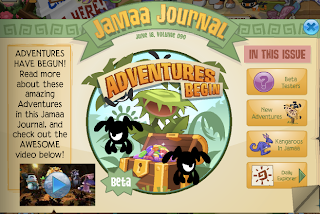 There is no doubt that the addition of Adventures is definitely among the most important updates in Animal Jam of all time. Just when Jammers were about to lose hope that the culture of Jamaa had gone completely ignored by AJHQ, Adventures appeared. Adventures reintroduced the fight against the Phantoms, the Alphas, and Mira and Zios. It opened up a door to a whole new world. With so many different types of Adventures (2D, Ocean, Flying, Seasonal, etc.), there's something for everyone! 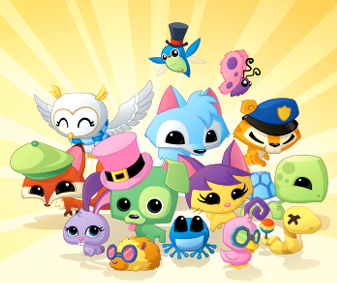 Sure, there's not very much you can do with them besides dress them up, wash them, and play a few exclusive minigames, but... c'mon! Pets are adorable, and there's so many of them to collect.

I don't think there's a better update to finish this post off with, and it's pretty self-explanatory why. Trading is 100% the most influential update to date, and I highly doubt there's anything else that could top it. Seriously though, at one point trading didn't exist. Can you believe it? Before trading, the only way to exchange items with another player was to do it through Jam-A-Grams. Of course, its absence was quickly ceased after a few months of Animal Jam being free from beta testing. Yeah, it has its advantages and disadvantages. Trading is also the main reason scammers exist. Nevertheless, trading has changed Jamaa forever.

That's all for today. Which update do you think influenced Jamaa the most and why? Let me know your thoughts in the comments.

Bye everyone!
Posted by gingy gingy at 12:00 AM
Email ThisBlogThis!Share to TwitterShare to FacebookShare to Pinterest