Hey there, Jammers! ^.^ I hope you're all having a lovely September day so far.

Today, we're going to talking about the Enchanted Earth line. If you were active in the Animal Jam community during the spring of 2015, there's a good chance you know what I'm talking about.

In case you have no idea, Enchanted Earth was going to be a special Animal Jam toy line with characters like these: 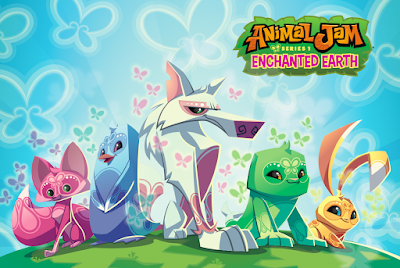 Neat, huh? Everyone was super hyped about it. Unfortunately, for some unknown reason, the toy line was discontinued and never made it to stores. Instead, we got the Adopt-A-Pet toys a year later in June 2016.

If I ever got the chance ask Clark Stacey (or any member of the WildWorks team for that matter) a question or two about Animal Jam, I would make sure to ask him where the heck Enchanted Earth went.

Anyways, let's get back on track. :P

A few days ago, I was scrolling through WildWorks' Twitter page to see if I could find anything post-worthy, and I came across THIS: 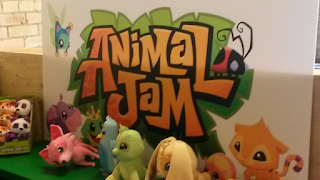 From what I remember, this photograph was taken a couple of weeks ago, so it's pretty recent. Could the plushies just be prototypes of what Enchanted Earth was originally going to be like, or, better yet, could Enchanted Earth be making a comeback?

As always, that's the whip!