Hey Jammers! It's finally time for the third and final part of this mini-series called ''Testing Out AJ WikiHow Tutorials''. In this post, I will be following the steps listed with the tutorial named ''6 Ways to Be a Pony From MLP on Animal Jam''.

First, I had to purchase a horse. 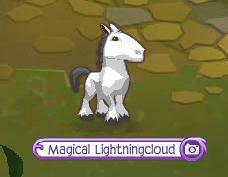 I decided I wanted to become Rainbow Dash, so I went with a light blue for my base color, then two different shades of red for my mane and eye color. 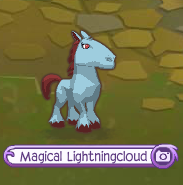 Now, the next step gave me the option to wear sunglasses. Since the picture in the tutorial showed some basic, red round glasses, I did the same. I am the most stylish pony you will ever see.

Step five is to act like Rainbow Dash by running around Jamaa saying things like, ''20 percent COOLER!'' 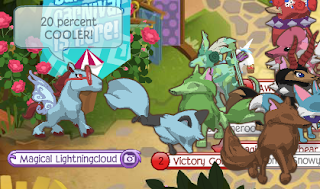 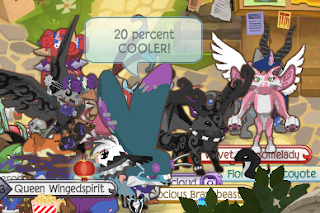 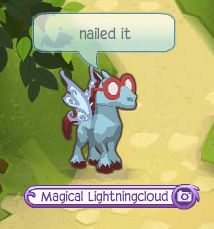 Well, I think I did a pretty dang good job at being Rainbow Dash. Now that this post is over, I can take off those stupid glasses! :P

Thanks for reading. I might do a few more ''Testing Out AJ WikiHow Tutorials'' posts in the future, so if you liked this and the last two comics in this series, let me know!