Hi Jammers! How is everyone doing on this lovely Thursday so far?

The 1 Million Views Ultimate Contest ended a couple of days ago, and I promised to make a compilation post of all the entries I received. Each one of them was amazing, wonderful, and unique. I loved them all!

Without anymore delay, let's hop right into it! 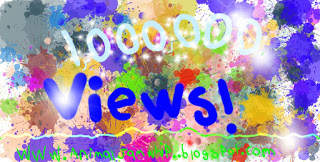 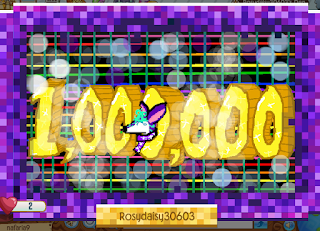 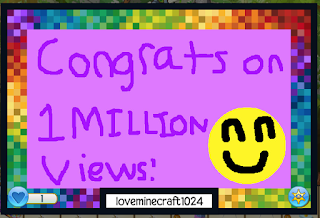 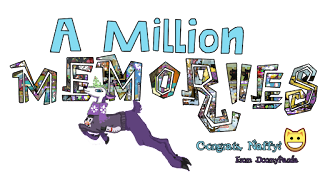 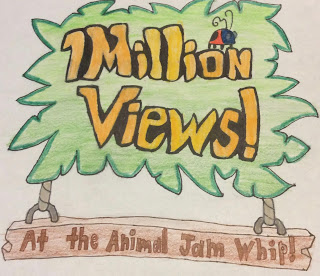 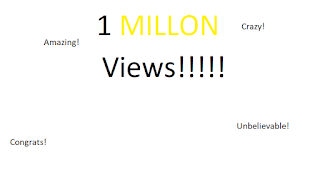 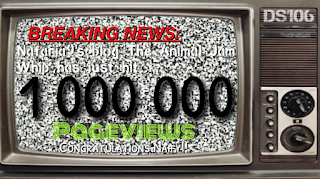 One Million Cakes Is Never Too Many For Naffy

Once upon a time in a land called Jamaa, there lived a purple deer named Naffy. She lived in her majestic castle that was perched on the highest peak of Mt. Shiveer. She lived in great comfort for she was a princess and she was always delighted with her life.

And like all good stories, this one starts off with her tripping and falling face first into the snow.

"Oy! Who put something right in front of my door?! What gives?!" Naffy said, her voice muffled for her head was in a pile of ice.

Grumbling, Naffy pulled her head out and looked at what had tripped her. A small, innocent package was on its side by her door.

Naffy peered at the tag on the parcel. It said One million gifts could never be enough for you. So expect many more of these! Signed, your mysterious gift bringers

"Now what could this be?" Naffy muttered under her breath as she tore open the package. She gasped when she saw what was inside.

Naffy grabbed the enticing cake and rushed inside. She had found her breakfast!

A few minutes after, the doorbell rang. Naffy looked up from her cake, licking whipped cream off her chin. Who was disturbing her breakfast?

Naffy gave one longing look at her heavenly cake before walking over to the door and opening it.

"Hello?" Naffy called. No one answered. But then Naffy looked down.

Five more packages that looked exactly like her first one were perched on her doorstep.

"More cake?" Naffy licked her lips hungrily as she took the packages inside and ripped them open.

So, Naffy went back to her first cake, finished it off, and dove into another.

Then the doorbell rang yet again. And when Naffy opened the door, there stood more packages that had more cake with more whipped cream. This happened throughout the whole morning and afternoon.

And not once did Naffy think on who her mysterious gift bringers were. Who cares? She had cake! And WHIPPED CREAM!

Finally when Naffy was completely stuffed with cake and was moaning and groaning on her couch and thinking back on her life choices, the doorbell rang once more.

"More cake?" Naffy said groggily, heaving herself off the couch. She waddled over to the door and opened it.

"HAPPY ONE MILLION VIEWS ON YOUR BLOG, NAFFY TAFFY!!!" screamed the crowd swarming around her door.

Naffy glanced around and saw a sea of faces she knew and loved. These were her fellow AJ Bloggers, her friends! And… her mysterious gift bringers?!

"Did you guys give me all that cake?" Naffy asked as the Bloggers pushed past her to get inside her castle.

"Yes!" everyone shouted in perfect unison although someone mooed. "Is there some for us? So we can party and eat cake?

"Um, I ate half of the cakes but there should be enough for everyone," Naffy said.

"Yay! You're the best! You're the princess!" all the Bloggers hollered. Then they picked her up and carried her to her throne. And on the table next to it was cake!

Naffy smiled to herself. Life was good when you had friends. And whipped cream, of course.

Thanks for reading! See y'all RRREEEAAALLL soon! (I sound like Mickey Mouse).