As you can already tell by the title, this post is another Animal Jam Spotlight, and today's spotlight is all about sizzlerat. 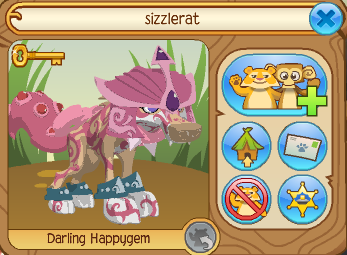 Sizzle was known for owning the very first elf tail armor. Since skullies had disappeared, there were no tail items in the game for quite some time until Sizzle showed up.

She also had the ability to do certain things that no average Jammer could, like use the Animal Jam emotes in her sentences. 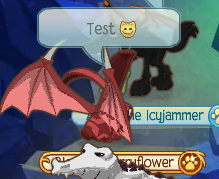 Believe it or not, sizzlerat was not a real person. She was actually a test account run by AJHQ, which makes her even more interesting!

Apparently, AJHQ was using sizzlerat to test out some new features that could possibly be added to the game. Obviously the elf tail armor made it past those specific tests. ^.^