Hey Jammers! ^.^ Today we're going to be talking about a topic that's fascinated me for a very long time. My good friend Mel made a similar post to this one on her blog, the Animal Jam Flash, but I am not intending to copy her in any way, shape, or form. I'll just be refrencing some of the information she included in her post here and there. :) Some of the pictures in the post belong to her as well, FYI.

So, back in 2010, when Animal Jam was just a baby, there was a chart somewhere on their webpage that showed the different features and abilities members get that non-members don't. It looked like this: 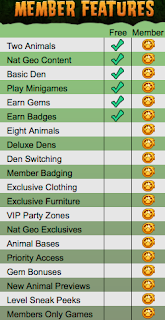 As you can see, further down the list it reads ''animal bases''. We're not exactly sure what this means, since it hasn't been confirmed by AJHQ, but what most people believe is that there were originally going to be special rooms or lands for a certain animal.

Nowadays we have animal only parties, such as the Horses Only Party. These parties could be a modernized version of what could have been ''animal bases''.

Anyway, to back up what I was saying earlier, I have a few examples of what an animal base is.

Let's assume that each land is a base for a certain animal, okay?

We'll start with Crystal Sands. In the old Crystal Sands from beta testing, there was a cave that looked like Sir Gilbert, the tiger Alpha. This could be a hint as to what animal Crystal Sands was a base for - tigers! 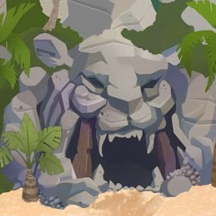 During beta testing, Liza greeted Jammers in Jamaa Township next to the Mira statue. Since Liza is basically the most motherly of the Alphas, I've come to the conclusion that Jamaa Township is a base for pandas.

Also during beta, instead of the Zios pit in the Lost Temple of Zios, there was a monkey statue in its place. I've talked about my theory that Zios is a monkey many, many times before, but this leads me to think that this land could be a base for monkeys. There is also the giant elephant statue on top of the Temple of Trivia, so perhaps it could be a base for elephants as well. 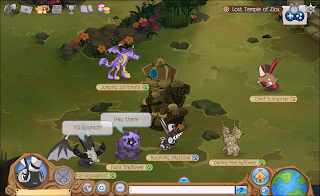 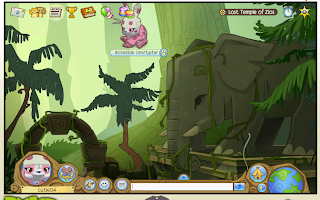 For a while, in Mt. Shiveer there was a cave with a seal carved into the ice, but that was replaced with a carving of an arctic fox as a hint to the foxes' release. Maybe this icy mountain could be a base for seals, arctic foxes, and possibly even arctic wolves, penguins, or polar bears! 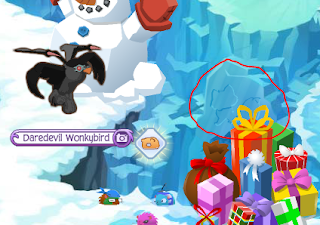 Before the game icon for Best Dressed popped up, there was a carving of a wolf into one of Coral Canyons' walls. This could mean that Coral Canyons is a potential base for wolves. 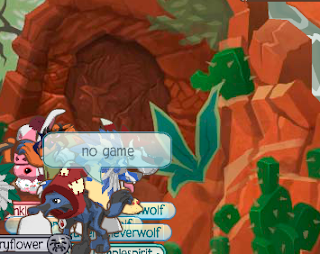 I think you guys get the idea so far...

Additionally, I think that the Canyons Pathway could be a base for llamas, because of the llama paleoglyph, and Appondale could be a koala base, just because I've always thought that. XD

Oceans can be bases for animals as well, I'd think. I don't want to single those guys out.

Well, that's all for today. Did you find this post interesting?

Thanks for reading, goodbye!