Hi Jammers! The month is luring to an end, and that means April Fool's Day is coming up! What are some wacky things and pranks you've heard of?

Since I don't think the new item has been released yet or whatever, I'm just going to go with the post.

Anyway, I have a book filled with funny pranks to pull off for April Fool's. Don't worry, they're safe! I have one to share with you, though.

It's called the Lucky Penny trick.

If you're really generous, use a dime or a nickel. Perhaps even a quarter!

Superglue the coin to a sidewalk people tend to walk on a lot. A busy sidewalk, that is.

Hide behind a tree, bush, or some other place and watch your victims pass by and try to pick up the coin. When they realize they can't, have a good giggle! :3 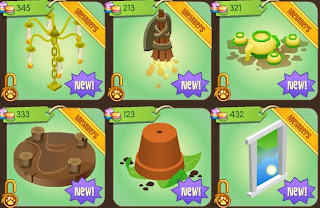 There is also a new code, which I think most of us know what it is by now. The code was released as a thank-you for being patient with the new updates AJHQ was putting in Jamaa that one day. The code is obviously THANKS, but it gives out some Imprisoned Phantoms. Hey, same code as one year for the same reason.

Go ahead and use it!
I want to let you know I won't be posting tomorrow through Thursday. I may be able to post Friday. My birthday is in 8 days! Yippee! :D

Also, tell me if you find out anything else about Wildcats or Panncakess. Maybe even wingofthesun's hack, back in December 2013.

Bye for now! Thanks for reading.

Posted by nafaria9 at 8:34 AM
Email ThisBlogThis!Share to TwitterShare to FacebookShare to Pinterest