5 Weird Things I Did as a Child

Hi Jammers! Today isn't going to be anything Animal Jam related at all, so if you're here for some AJ news, tips, tricks, or ideas, then this post might not be for you. But don't leave, because you may end up finding today's post interesting.

As you can see from the title, I'm going to be talking about some strange things I did when I was a little kid. Let's begin!

1. I thought that if I ever got hit by a car, I would turn into a Krusteaz mini pancake.

To keep us children safe from the road, my mom would tell us that if we didn't look both ways when crossing the street, we would get squished as flat as a pancake by an oncoming vehicle. Well, I didn't exactly know what similes and metaphors were back then, so I legitimately thought I would turn into one of those mini pancakes you find in the frozen meal aisle. 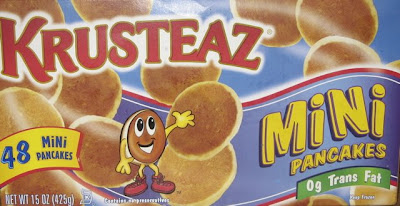 Ahh... those were the best.

2. I thought that if I stayed in the bathtub for too long, I would turn into an actual raisin.

My mom also said that if we sat in the bathtub for too long, we would eventually turn into a giant, purple, dried grape. And yes, I believed it. When I was younger, I loved taking super long baths and showers, but ever since I heard my mom say that, I tried my best to get in and out of the tub as quickly as possible.

3. I named our red wagon Benny, and sometimes I would have conversations with it.

When I was little, we had one of those Radio Flyer red wagons that we would drag up the sidewalk, sit in it, and ride it back down to our driveway. For some reason, I decided to give it the name ''Benny''... and it was a girl. Yes, I gave a wagon a gender. The weirdest part is that as I would pull it up the sidewalk, I would occasionally TALK to it.

''Hi Benny, how are you? Today I ate a nice bowl of Spaghetti-O's. I love Spaghetti-O's. I also played Hot Wheels with my baby brother. My trick-track was totally better than his trick-track. Oh, and my baby sister had some green poop. Her poop is like a rainbow. It changes colors a lot.''

4. I was so obsessed with the Junie B. Jones books that I started acting like Junie.

Please tell me I wasn't the only one who read these books. The Junie B. Jones series was basically all I read in first and second grade. Somehow I became so obsessed with the books that I started to act like Junie, and that did not go down well. No wonder I was in time-out so often. Looking back, I now realize how much of a sassy jerk I was. I blame Junie. *cringes* 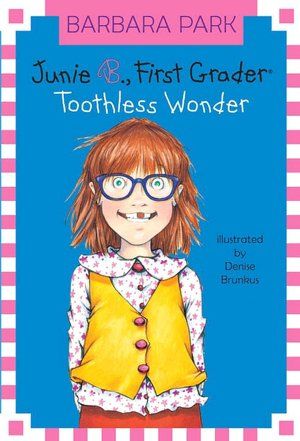 5. I made up a song where the lyrics were made up of three different sounds: ''Aaaahhhh, oooohhhh, and wahhhh.''

Ugh... I really don't want to talk about this, but I can't think of anything else I did that was weird as a child right now, even though there's TONS of examples. Basically, I made up a song that goes like this.

Honestly, I feel bad for my parents.

That's all of the strange things I can remember, so um... let me know what kinds of things you did as a kid that were remotely odd or weird in the comments. :P