LOTS of AJ Merch from Amazon

Hey Jammers! Welcome back to the Animal Jam Whip for another post.

Today, we're going to be talking about a bunch of recently spotted Animal Jam merchandise that is currently available on Amazon. Now, you may not be able to find some of these on the regular USA Amazon website, because a handful of them only ship to the United Kingdom.

Oh, and credit to my good friends biggulps and AJKraft for helping with discovering these. :) 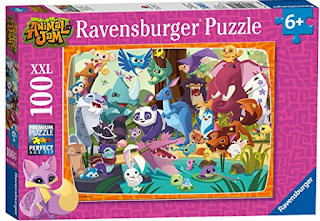 First we have a cool AJ puzzle. According to the picture, the puzzle is pretty big and it has a total of 100 pieces. 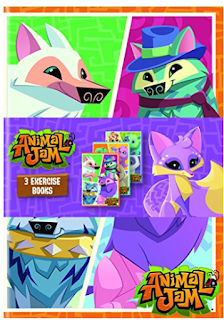 Next up are some AJ exercise books. At first I thought they were actually little books full of physical, bodily exercises that you can do with some Animal Jam characters plastered on the sides, but as I read the description, that was not the case. They're just activity/coloring books. Can you imagine having some kind of an exercise disc with Animal Jam characters leading the routine!? That would be hilarious! 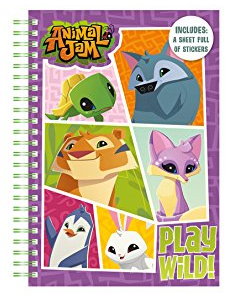 Here we have a simple notebook with a sheet of stickers.

This is a cool Animal Jam ''novelty pen''. 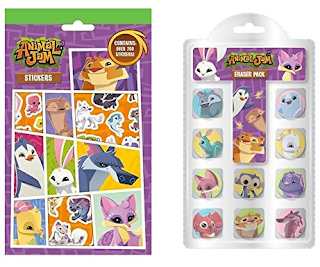 These two pieces of merchandise come together as a set. The first is a giant sticker book, with over 700 Animal Jam stickers. The second is a pack of cute Animal Jam erasers. 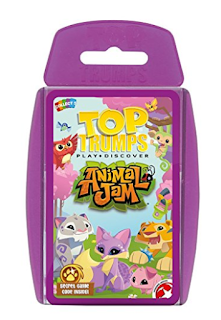 Last but not least, we have an Animal Jam Top Trumps game. When I first read ''Top Trumps'', I immediately thought it was a card game involving the US president, Donald Trump, but shortly after I realized that was probably incorrect. :P

Which one(s) do you guys like the best? Leave your thoughts in the comments.

Thanks for reading! Goodbye!