Hey Jammers! Today is a HUGE UPDATE DAY, so let's hop right into it! :D

Firstly, before you log in, you might notice that the Animal Jam homepage has received a background change! 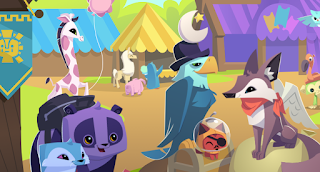 The picture above is just a snippet of what the background looks like, and I think it's awesome! You might also notice our new animal friend coming soon to Jamaa sitting in the background. :3

Now for the real news... 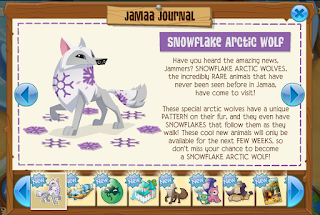 Holy Mira, they changed the look of the Jamaa Journal! O_O I wasn't expecting this at all. If I'm being completely honest, I miss the old version. The old version resembled a real newspaper better than this new one does, but oh well.

Anyways, we now have SNOWFLAKE ARCTIC WOLVES! :o They're like the spring bunnies, but with an epic snowflake pattern! Unfortunately, as cool as they are, they are available for members only and in the Diamond Shop for 10 diamonds each. 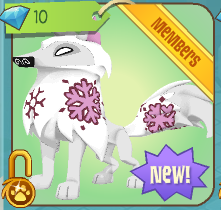 I love them so much! Even though we already have lots of wolves and foxes and what not in Jamaa, the snowflake arctic wolves are truly amazing. 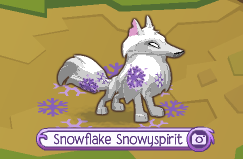 Just look at the CUTENESS! 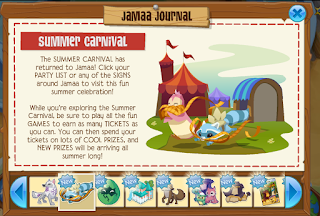 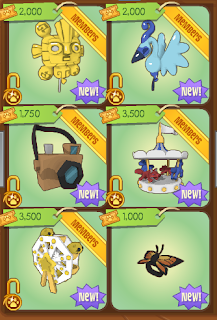 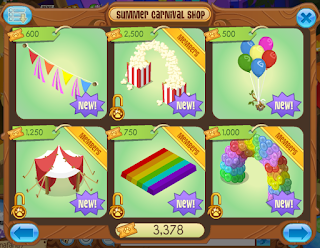 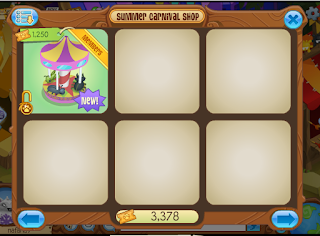 I love how the Ferris Wheel hat has little mice sitting in the chairs. XD

One more thing - I think since a bunch of items were recolored, the old ones have rare tags on them, and perhaps they will increase in demand and rarity. 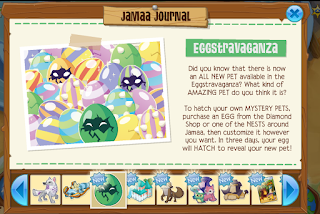 The Eggstravaganza got an update, too! Now, you have the possibility of hatching falcons, crocodiles, chicks, and an all-new pet! I wonder what it could be... hmm... 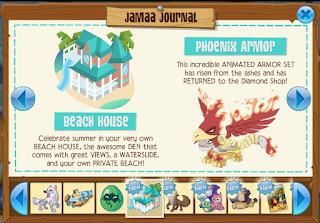 The Beach House is back, and the Phoenix Armor is too! 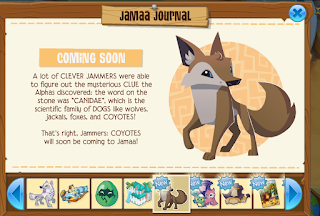 Apparently, most of us were wrong about the new animal. A lot of Jammers had come to believe that the new animal was going to be a fennec fox, but according to the Jamaa Journal, we'll be getting coyotes instead! I'm not complaining or anything, I'm just rather shocked. I thought for sure we were getting fennec foxes! O.o 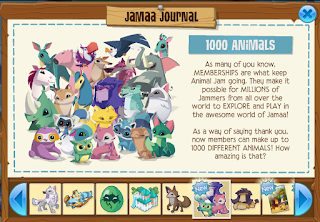 This page is just a filler about the 1,000 animals for members. 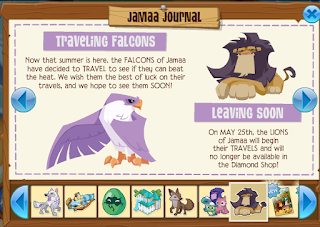 Falcons are now gone, and lions will be leaving fairly soon as well. :( 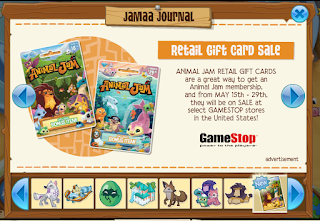 GameStop is having a retail gift card sale! 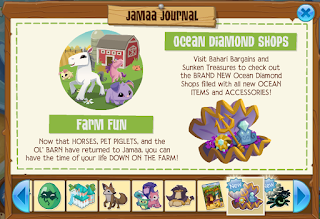 This page just talks about the return of horses, pet piglets, and the Ol' Barn den, and also has a short advertisement on the new ocean Diamond Shops. 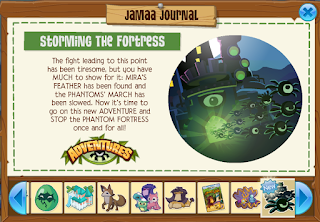 And last but not least, we have another page filler about the new adventure.

Well, that about sums up today's update. What do you guys think? My favorite part was probably the snowflake arctic wolves... ahhh! I just can't get over the cuteness! :P

Bye Jammers!
Posted by gingy gingy at 3:28 PM
Email ThisBlogThis!Share to TwitterShare to FacebookShare to Pinterest