A History of Animal Jam Apps

Hello Jammers! :) In a recent poll, you guys said that you wanted a variety of new content in the daily posts that I do, and one of the most popular options was more history/timeline posts. I personally really enjoy doing these kinds of posts as well, so I will try and incorporate more history/timeline posts into my schedule. ^.^ For now, let's begin with a discussion on the history of Animal Jam apps!

Animal Jam debuted publicly in September 2010 and has grown tremendously ever since, with its seventh birthday coming up soon in August 2017. That's crazy! Little did WildWorks (formerly Smart Bomb Interactive), the company that runs Animal Jam, know that three years after the launch of AJ, they would have their very first AJ app: Tunnel Town. 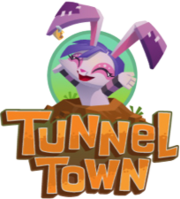 Tunnel Town is a free app that was released in July 2013. According to the official Tunnel Town website, Tunnel Town is described as ''a hopping new 3D game experience that lets you create an underground wonderland for some very unusual rabbits''. In Tunnel Town, you can breed, feed, and raise bunnies. You can dig and expand your burrow, and then decorate it with cool decorations and interactive items that your bunnies can play with. You can mine gems to purchase items for your burrow from McFluffin's Market. Tunnel Town is as deep as your imagination.

Tunnel Town is probably my favorite app out of all three that have been officially designed and released by WildWorks. I don't really know why, but even though it's sort of forgotten, I still play it to this day and have lots of fun with it, too.

One fun fact about Tunnel Town is that if you downloaded the app between July 18th and July 21st, 2013, you were given a free Founder's Bunny, which has a similar body design to the Mountain Bunny, but has shiny, sparkly, golden fur. 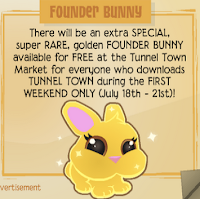 I was one of the lucky players to receive this adorable little thing. <3

Moving on now to AJ Jump. 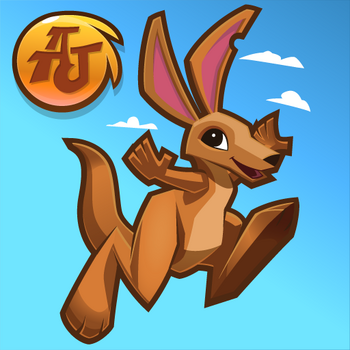 AJ Jump was released in the same year as Tunnel Town was, actually; December 2013. It's very similar to the minigame Sky High. The official website for AJ Jump describes the objective of the game as follows: "Adopt one of these playful kangaroos and jump through canyons, cliffs and clouds to reach the moon!''

Unlike Tunnel Town, this app costs money, and I'm pretty sure the price is about $2.00. However, in my opinion, I'd say the $2.00 is worth it. By downloading and playing the game, you can link your AJ account to your AJ Jump account and transfer any gems you earn from AJ Jump to your AJ account, which you can't do with Tunnel Town or Play Wild. You also get a free pet joey, or baby kangaroo, that you can transfer to your AJ account once you surpass a height of 1,000.

This game is lots of fun and I really enjoy it. Sadly, it's slightly forgotten, just like Tunnel Town. :(

In 2014, no new AJ apps were released, because WildWorks was planning a big surprise for 2015. That surprise was Play Wild. 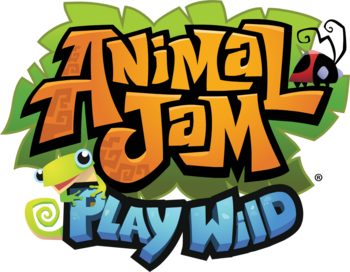 Play Wild wasn't exactly what I was expecting it to be. At first, I thought it would be a way to play the regular version of Animal Jam, but on mobile devices. Indeed, I was wrong. Play Wild has lots of similarities to Animal Jam and the world of Jamaa yet many, many differences. Jamaa in Play Wild is 3D with enhanced, without a doubt beautiful graphics. Instead of gems, the currency is sapphires. New animals, dens, items, and pets are constantly being added to the game as time goes on.

Even though the app is free, unfortunately, most features in the game require real-life money. It is very difficult to earn sapphires, and most of the newer animals, dens, items, pets, and so on cost large amounts of sapphires. I believe there is also a separate membership club for Play Wild, and you can imagine that even more features are exclusive to those who have membership. Honestly, I prefer Tunnel Town and AJ Jump over Play Wild for those reasons stated above.

Lastly, there is one more app that I wanted to mention but won't go into full detail about, and that's the AJ Amino app. You've heard of it before, right? It's basically just an app where you can further communicate and interact with the Animal Jam community. It was not created by WildWorks or anything like that. It's just a community-run social media, if that makes any sense.

I hope you enjoyed reading about these three main AJ apps, and I'd love to see more AJ apps in the future. Tell me which one is your favorite and why in the comments!