Before I get on to the main topic of this post, I have a brief little message to give you: 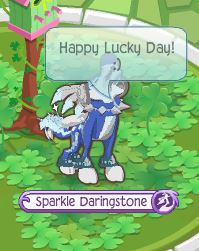 Yay! I hope you don't get pinched for not wearing green. o3o I have barely any green clothes, so I guess I'll just have to wear green socks or something like that.

Anyway, today I wanted to talk about the latest news in the Animal Jam community.

Recently, Cacophony, a fairly popular Jammer, was hacked. Almost all of her YouTube videos got deleted, and she lost a lot of subscribers. If you'd like to see for yourself, visit her channel here.

It's really sad, to be honest. Having worked so hard on her videos, Caco must be devastated. I feel so bad for her, don't you? D:

Well, according to LegitNick, another popular Jammer mostly known for his massive collection of rares and his obsessive hobby of trading, posted a video regarding this event. Somehow I wasn't able to upload the video into the post, so you can view it here. 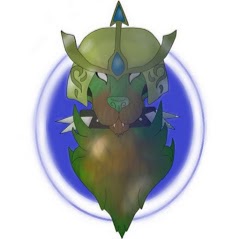 In his video, Legit states that Varallix (also known as Valestrix, or Hyperdunk/Aprillix) is guilty of hacking Caco.

Now, you may recognize the name Valestrix. Valestrix is the same person who hacked Aparri several months ago. So it's no surprise he's the one causing all of this horrible mischief.

Caco and Varallix used to be great friends. Caco trusted Varallix enough that she gave him her email and passwords to social media accounts, but in the long run that was a huge mistake. Varallix abused Caco's friendship and trust by taking over Caco's channel and deleting her Instagram account, which had over 7,000 followers.

Varallix made two videos in attempt to cover up the story and turn the facts into just "rumors". You can view these video here and here.

Caco herself also created a video explaining the incident, which you can view here.

So, now that Varallix has been "exposed", hopefully he'll decide to leave Animal Jam once and for all. He's been given so many second chances that it's impossible to count. He's been banned tons of times and needs to find a different game to vanquish with his nasty ways.

The big question is: whose side are YOU on?
Posted by gingy gingy at 12:00 AM
Email ThisBlogThis!Share to TwitterShare to FacebookShare to Pinterest