By now, most of you know who Wretchedjungle is.

Several nights ago, at about 7-9 P.M., WisteriaMoon was hacked. The story goes a little something like this:

Wisteria was just heading out of a restaurant when she got a message from 7. He told her that someone was hacking her account. Wisteria tried to log into her account, but her password was changed. She then reset her password and attempted to log in again, but only to keep being logged out. There was a 10 minute log-in battle with the hacker. At random times, Wisteria's password would change to something new, so she'd have to reset it continuously.

Eventually, she managed to log on enough to send a few of her best items to a storage. After that, she disabled her account so the hacker could no longer have the ability to get on it anymore. Prior to her knowledge, that night she lost her dear magenta furry hat and all of her headdresses.

But Wisteria wasn't the only one to suffer from this menacing monster. WootMoo lost everything he had: betas, rares... even his favorite tan Tiki Mask. 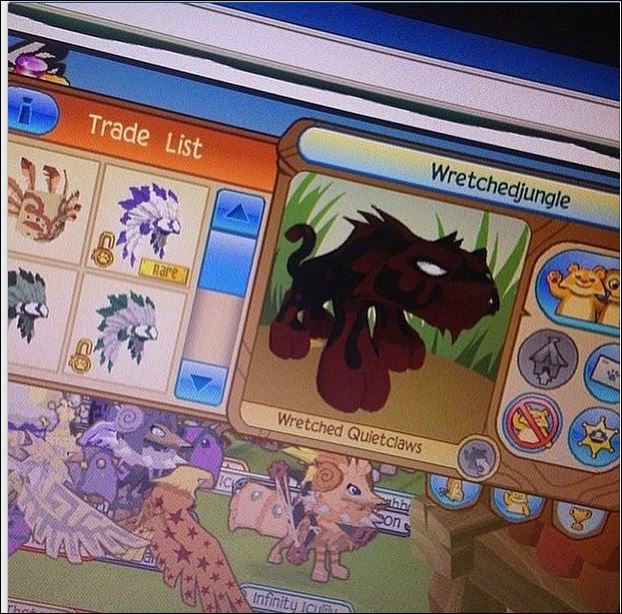 Besides Wisteria and Woot, Kosho was hacked as well. Animal Jam YouTuber Slushy2151 witnessed Kosho's unfortunate hack. Here is the footage she has for us: 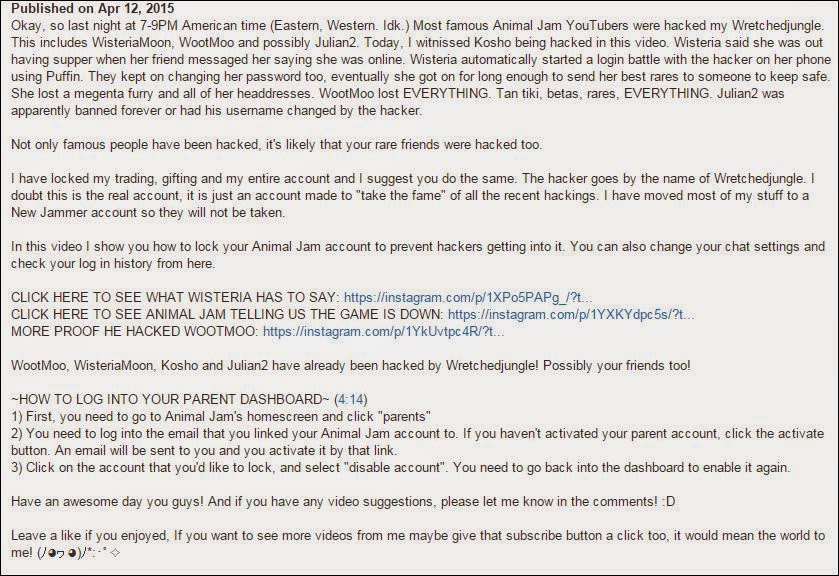 There are also some rumors about Libertyy being hacked, too, but she probably just transferred her items over to a storage for safety. 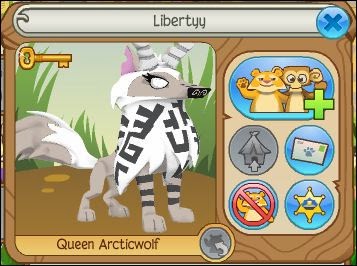 Copies (or clones) of Wretchedjungle are prowling around famous Jammers' dens and Aldan. Be aware of where you're standing at all costs. 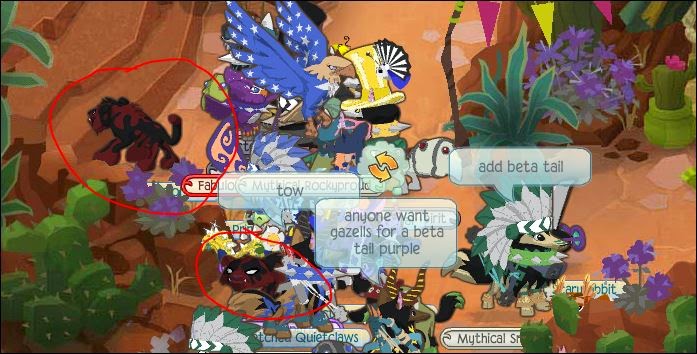 No one knows for sure who Wretchedjungle is, but one thing is clear: stay safe!

If you are worried about your account, here are some safety tips.

Have a safe day, Jammers!

Posted by gingy gingy at 3:44 PM
Email ThisBlogThis!Share to TwitterShare to FacebookShare to Pinterest