Hello! ^.^ Today I'm going to talk a little bit about my account. No, I'm definitely not going to be giving any top secret information, if that's what you were hoping for. :3

Instead, I'll just be rambling briefly about what my original animals were and looked like. I may do more posts like these in the future. :P

When I joined in August 2011, I was originally going to name her Fauna Magiclily, but somehow I must've missed that and she came out as a fairy, not a fauna. Oh well!

Her first outfit was clothingless (is that even a word?). I guess she's not completely naked, since she has fur... yeah... anyway...

Her fur is white like snow, excluding the bubblegum pink stars plastered randomly all over her body. She has chalky blue eyes and really, really long eyelashes. o.o 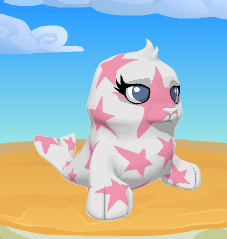 She could be easily mistaken for one of those cars with fake plastic eyelashes. People are pretty weird.

When I became an official Member in September 2011, I gave my seal her fierce ninja look. 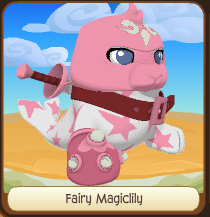 I don't think she wore that pink glove back in 2011, but who cares? owo

Shortly after I bought Fairy, my next animal came along: Sparkle Daringstone.

She was a rather dull wolf, to be honest. Her fur was a light brown, and her eyes were a gorgeous purple. 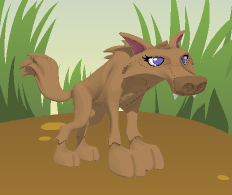 Sometimes "dull" can be beautiful! ^-^ 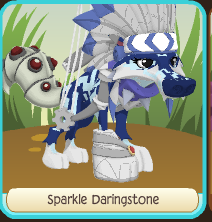 She's kept this blue warrior wolf outfit ever since! c:

Several weeks after I joined Animal Jam, oceans were added to the game, so I purchased a dolphin and named her Enchanted Icyviolet. 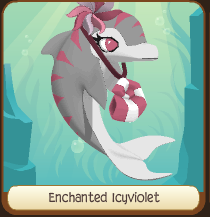 I based Enchanted's outfit on a dolphin in one of Animal Jam's many homescreens. 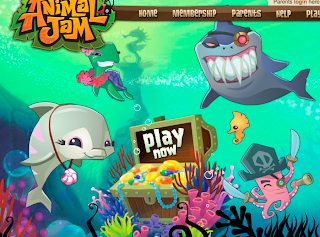 That's all I feel like typing for today. Adios!

Posted by gingy gingy at 8:29 AM
Email ThisBlogThis!Share to TwitterShare to FacebookShare to Pinterest