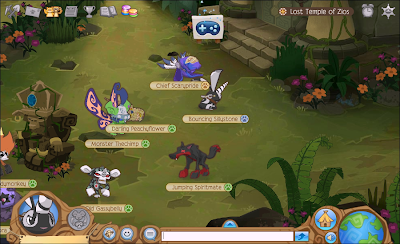 Back in Beta, the Lost Temple of Zios was quite different from now. A monkey statue - possibly what animal Zios really was - replaced the phantom pit.

Of course, there was not an Adventure Base Camp door, either; instead, it was still hidden behind vines hanging from the treetops.

Despite all of these differences, the Chamber of Knowledge has been with us this whole time. Then it was called the Chamber of Mysteries, but I believe once Beta ended, its name was changed. 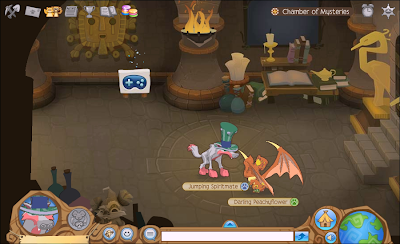 Many of the decorations in this crepuscular tower were exchanged for our modern decorations.

Which version do you prefer: the Beta or the modern?

Posted by gingy gingy at 3:55 PM
Email ThisBlogThis!Share to TwitterShare to FacebookShare to Pinterest