Greetings, Jammers! Alas, it's update day! :D Let's see what AWESOME and NEW features (sarcasm c:) we have in store for us. 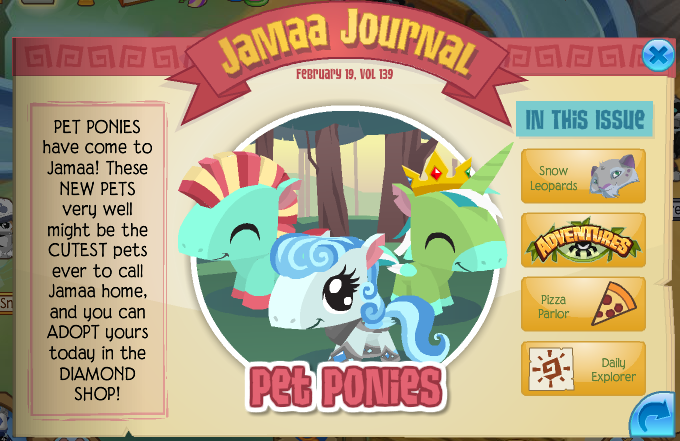 First off, pet Ponies have arrived! They're pretty cute, but they awfully do resemble the characters from My Little Pony, especially that blue and white one in the middle. It kind of reminds me of Princess Celestia (not that I watch MLP, because I don't). 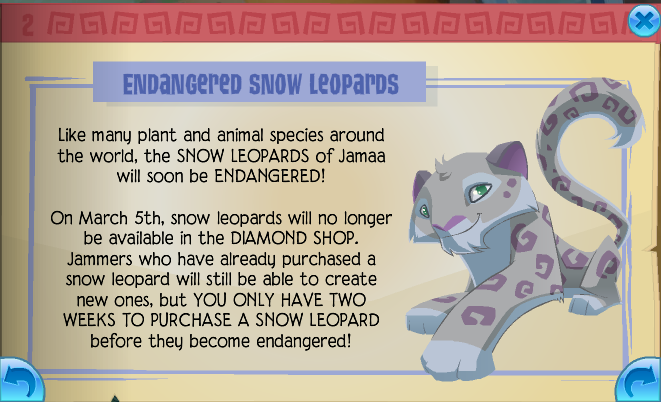 Such a shame the snow leopards are leaving! I remember when snow leopards were first released as an animal that came with a Membership Card promo code. Everyone believed that they were supposed to be pumas, but they ended up being . . . snow leopards. 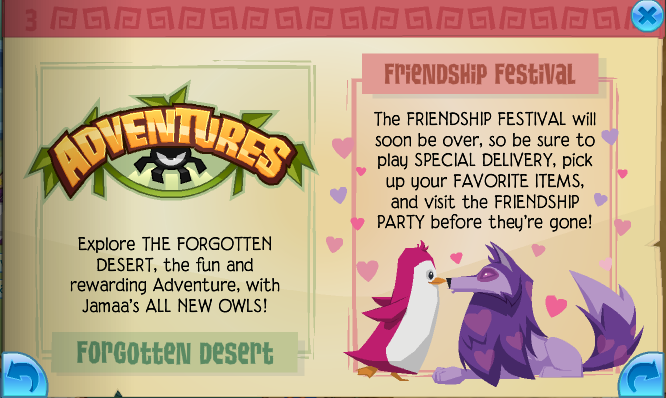 I bet they're trying to work on some big project, so they couldn't add much to this week's update. Then they used the Forgotten Desert just to fill up space. -.- But, if my theory is correct, we can at least look forward to their big project. Hopefully it won't ruin Animal Jam more than it already is.

And would you take a peek at that picture of the arctic wolf and the penguin!? What are they doing? Kissing!? O.O 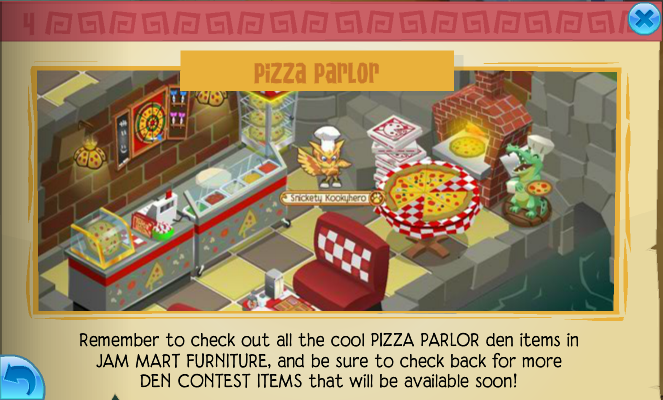 The final page is not exactly worth reading either.

Well, that's basically the update for ya. There are three new Jam-A-Gram designs, each having a Lucky Day theme. Check them out if you like!

Don't forget to enter the contest! It ends this Saturday.

Posted by gingy gingy at 3:29 PM
Email ThisBlogThis!Share to TwitterShare to FacebookShare to Pinterest