Hey Jammers! It is now time for the second part of the Testing Out AJ WikiHow Tutorials mini series. In this post, I will be testing a tutorial called ''How to Be a Homeless Newborn on Animal Jam''. LET'S GET READY TO RUMBLE... y'all ready for this!? (*cue the Space Jam theme music*) 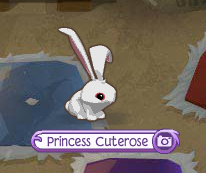 The first step to being a homeless newborn is to have the right kind of animal, which in this case is a bunny rabbit. Being a newborn will get you adopted ''in a jiffy''. 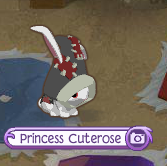 Next, you must pick out some worn and tattered clothing to wear, such as the old hood and cape from the Shiveer Shoppe. 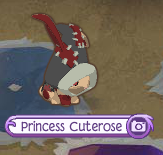 Now you need to pick your colors. The tutorial says to make it look like you're cold, tired, and sick with wounds and blood marks. I think I did a somewhat decent job here. 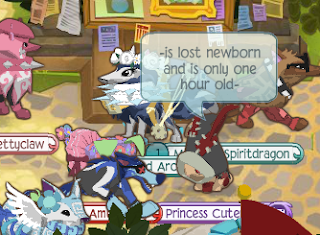 Next, the tutorial says that I had to go out into Jamaa Township and announce to the world that I am indeed a lost newborn that is only one hour old. Since no one answered my plea, I decided to check the Pillow Room. 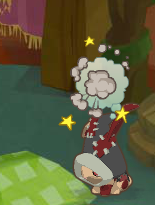 Much to my dismay, No one was in there! 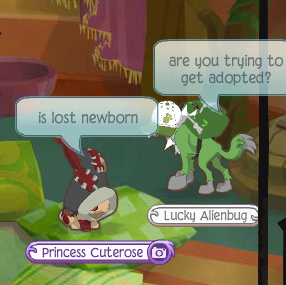 Thankfully, a nice wolf showed up and asked me if I was trying to get adopted. 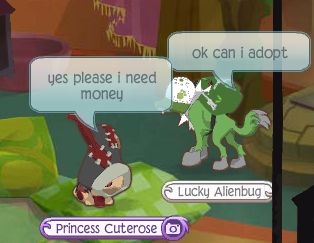 The tutorial said that if I were ever to be asked such a question as this, I would reply with ''Yes, please. I need money.'' 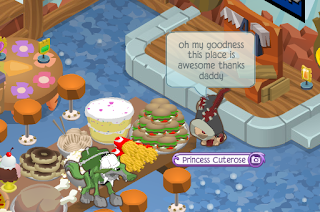 My new house was totally awesome. 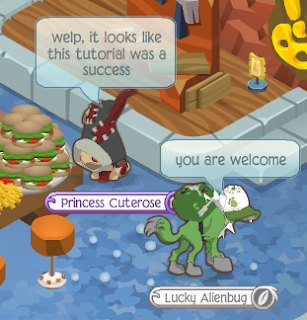 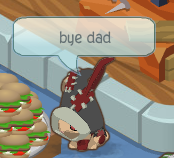 So there you have it. I successfully completed the art of getting adopted as a lost, sickly, newborn child.