Hey Jammers! Today is an UPDATE DAY! Whoo-hoo! You know what that means... 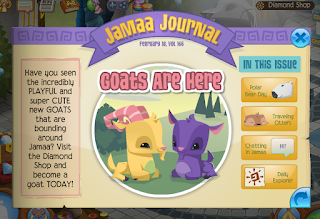 Goats are here! They're definitely not one of my favorite animals as an avatar, but hey, a lot of people seem to like them! The only complaint I have is that they are sold in the Diamond Shop for ten gems. What can you expect? >.< 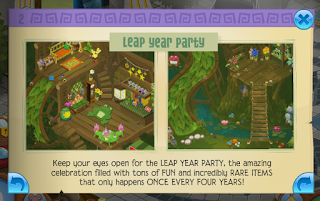 The LEAP YEAR PARTY will be returning for the 2016 Leap Year Day on February 29th! Eeep! ^.^ This is one of the most exciting celebrations in Animal Jam, because Leap Year occurs only once every four years. The last time this party was in town was in 2012. Can you believe how fast time flies? 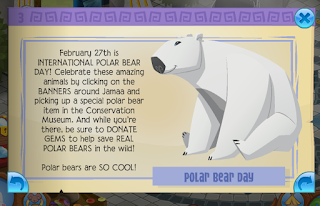 February 27th is INTERNATIONAL POBY DAY!!?? OHMYGOSH
THAT'S MY SISTER'S BDAY AND WE ARE INSANELY OBSESSED WITH POBIES
OHMYGOSH
I NEED TO TELL HER
RIGHT. NOW. 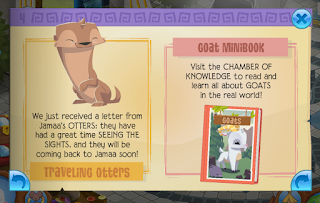 Otters have left... and there's a new minibook all about goats in le Chamber of Secrets. :3 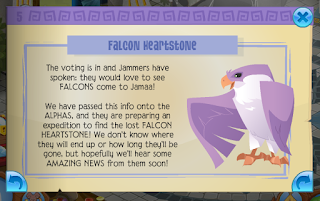 Falcons won the poll. DX I was hoping for a unique animal, like ostriches or sloths. Apparently we have more falcon fans out there than ostrich or sloth fans. #slothclub4life #ostrichclub4life 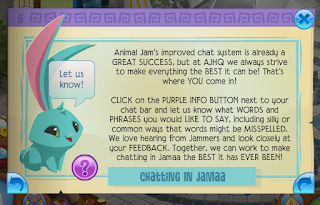 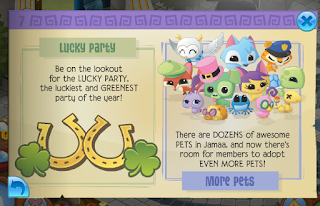 The Lucky Party will also be returning for Lucky Day, or in other words, St. Patrick's day. Also, Members get more pet spaces! Yay! Now I no longer have to recycle pets for new ones.

That's basically all there is in this update. JUST KIDDING!

The nametags were dipped in the washing machine and are "bleached". ~Meloetta385

Aaaand... the schoolhouse party is back!? Whaaat!!?

Posted by gingy gingy at 3:10 PM
Email ThisBlogThis!Share to TwitterShare to FacebookShare to Pinterest