Collecting, trading, and earning rares can be a struggle. So, what are some quick and easy ways to earn these sought-after rares? Here's six tips that might help you along your rare-collecting journey. ^.^

1. Adventures
Some say that opening chests in Adventures is bad karma. The truth is, they're wrong! You could win some super cool items through chests, such as worn blankets or pirate swords. They're rather useful in trading and look fantastic on your animal. 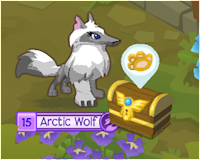 2. Rare Item Mondays
Always make sure you have enough gems to purchase the expensive RIMS (Rare Item Monday). Items such as the rare headdress have become extremely popular nowadays, so it's a good idea to hoard those rares for sale while you can! 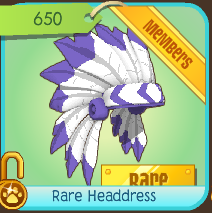 3. Buy Glitchy Items
Almost every single time a glitchy item is released into the game, its rarity increases over time. An example of this kind of situation would be the glitched ring. When the turquoise ring was initially released, there were only two colors: the default color and the "glitched" color, which is known as the "first glitched ring" in today's terms. After AJHQ fixed the bug, the glitched color was replaced with eight other colors. Now, glitched rings are among some of the most popular and rarest items in the game. Preparation is EVERYTHING, people!

4. Buy Clearance Items
Items that are on clearance might become ultra rare in the future, so be sure to purchase as much clearance items as possible. If you don't have room on your main account for clearance items, storing them on alternate accounts is a good strategy. 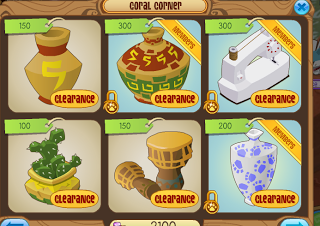 5. Take Advantage of Giveaways/Contests
While it may not seem like it, there actually IS a chance of winning a giveaway or contest as long as you enter. You could end up winning spiked collars, den betas, headdresses, or even that dream item you've been wanting for so long!

6. Have Patience
Experts often have patience when trading, and so should you!


I hope you found these tips convenient. Remember to stay away from scammers and hackers in order to not gain rares, but keep the rares you do have safe and protected. :) Have a great day!

Posted by gingy gingy at 3:55 PM
Email ThisBlogThis!Share to TwitterShare to FacebookShare to Pinterest