That's right, Jammers - two dangerous hackers, Floam and Zade (IDozAnimalJamz), are at large, ready to pounce at any moment.

Not too long ago, IDoz uploaded a video on how to convert any image file into .ajart, which is the file that masterpieces are saved as.

In the video, he explained that in order to do the job, you needed to download a certain software.

Those who chose to download the software reported that their computers had received a virus from the program.

The video was removed from YouTube, then uploaded back up again numerous times. AJHQ even banned IDoz's account from Animal Jam permanently.

But none of that will stop IDoz from getting what he wants.

This time around, he's teamed up with Floam to hack into one of AJHQ's secret servers that is specifically for testing new items that come into stores.

On this server, they've both managed to bring unreleased/removed/unavailable items back into the game, such as skullys, mace tails, healing staffs, etc. 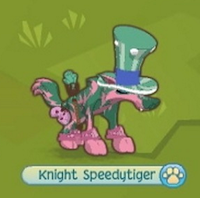 Above is just one of the many pictures they've posted on their Instagram accounts.

But that's not all that Floam and Zade can do. They've also been able to change their animals' names (like lolkingcentury1 did many years ago), and even recolor items. 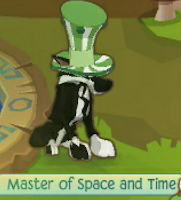 And the hacking party isn't over yet. Floam leaked a picture of one of the items that was currently be tested by AJHQ. Here it is: 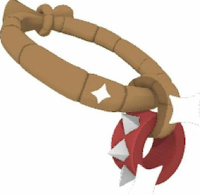 The main point of this post is to warn you guys about Floam and Zade. These two pesky hackers will stop at nothing to get what they want. Some might argue that the photos and videos provided on their social media accounts are fake, but one thing's for sure - please stay safe!

(P.S. If you're interested, Zade made a video regarding this whole hacking fiasco. Click here to give it a watch.)
Posted by gingy gingy at 12:00 AM
Email ThisBlogThis!Share to TwitterShare to FacebookShare to Pinterest