In the recent update, as many of you already know, the Jamaa Journal announced that a new animal will soon be coming. But what animal could it be?

On the same day the update was released, there was a message in a bottle. The message had an obvious typo, where the word ''bad'' was spelled with two a's, like ''baad''. 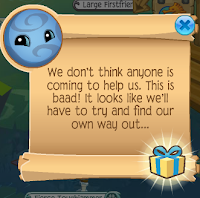 Now, there is a slight possibility that this was merely just a mistake on AJHQ's part, but the community believes that this is a hint to what the new animal is going to be.

Good job! You get a gold star for answering the question correctly!

Hehe. Well, that's all I have to discuss today. What do you guys think the new animal could be?