(Sort of a Joke) Conspiracy Theory: Greely is Professor Snape

Today I am going to be talking about a little conspiracy theory of mine that is sort of a joke and sort of not. :P

This theory is being branched off of one of Julian2's conspiracy theories called ''Greely Killed Peck''. If you haven't watched his video on this theory yet, I suggest you do, so that you will be able to understand all of the pinpoints included in this post.

Oh, and I also recommend reading the Harry Potter books. ;)

Here's that Julian2 video I was talking about:

Anyway, now onto my chunk of this conspiracy.

I have a hunch that Greely is ACTUALLY PROFESSOR SEVERUS SNAPE from HARRY POTTER.

Or, at least, his backstory is based off of Snape's. 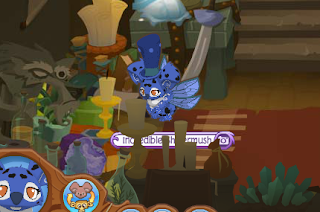 Ready for the crazy part?

Yeah, I know. I warned you that it would be crazy!

Anyways, I hope you guys found this post entertaining. It was just kind of fun to sit back and think of all the similarities between the two characters, y'know?