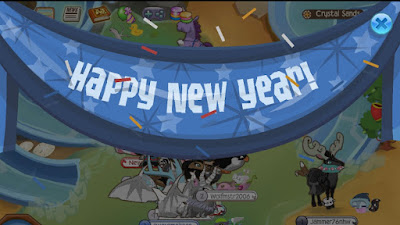 (yes, I stole this from the Internet because I couldn't find a better picture of the classic blue''Happy New Year'' banner)

2017 was quite the year. For some, it may have been the best year of their lives. For others, it might be a different story.

Here's a list of 20 both good and bad things/trends that happened in the USA, worldwide, and of course, the Internet, that I can significantly remember:

1. Many terrorist attacks/mass shootings around the globe
2. Trump's inauguration
3. Natural disasters (including Hurricane Harvey and Irma)
4. Movies such as Star Wars: The Last Jedi, It, Coco, Thor: Ragnarok, Spider-Man: Homecoming, Guardians of the Galaxy Vol. 2, Wonder Woman, Beauty and the Beast, Justice League, The Lego Batman Movie, and Logan
5. The Emoji Movie (probably one of the worst things to happen this entire DECADE if you ask me)
6. The Patriots coming back to win the Super Bowl
7. The Astros defeating the Dodgers in the World Series
8. Unicorn frappucinos
9. Slime
10. Fidget spinners
11. dEsPaCiTo
12. Darci Lynne winning AGT
13. The total solar eclipse
14. THE FLOOR IS LAVA
15. Net neutrality
16. The Pauls
17. Stranger Things
18. Bottle flipping
19. The Snapchat Hot Dog
20. 1,000 Degree Knife Challenge

Since this is an Animal Jam blog, we can't leave Animal Jam itself out, and all of the things that happened within the community this year...

Yeah... I have to admit that 2017 definitely did have its lows, but it also had some pretty awesome highs.

I mean, one positive thing to occur in my life this year is the fact that I reached 1,000,000 views on this blog! Yippee!

But what matters to me even more is my friends. Specifically you guys. My viewers. Y'all are the reason I continue to blog. I'll have to say that Animal Jam gets a little boring at times now that I'm older, but thanks to you, I still post every so often.

With that being said...

Hello, 2018!
Posted by gingy gingy at 12:00 AM
Email ThisBlogThis!Share to TwitterShare to FacebookShare to Pinterest