Hi Jammers! Welcome to the Animal Jam Whip! Today we are going to be going through all of the Animal Jam introduction stages/tutorials that you see each time you create a new account. In fact, the New Jammer tutorials have changed quite a bit over the years, with the Alpha's looks and Jamaa's lore being slightly updated and altered. Without any further ado, let's begin! 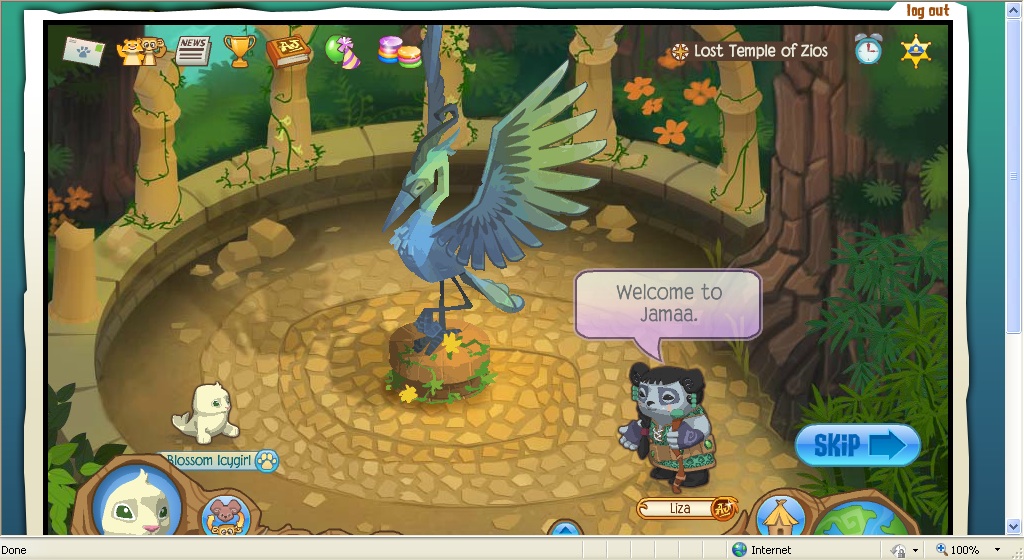 The very first tutorial was set in Jamaa Township near the Mira Statue. It featured Liza as the main host. As you can see, her appearance is much different than it is nowadays. She looked a lot more elderly and grandmother-like back then. 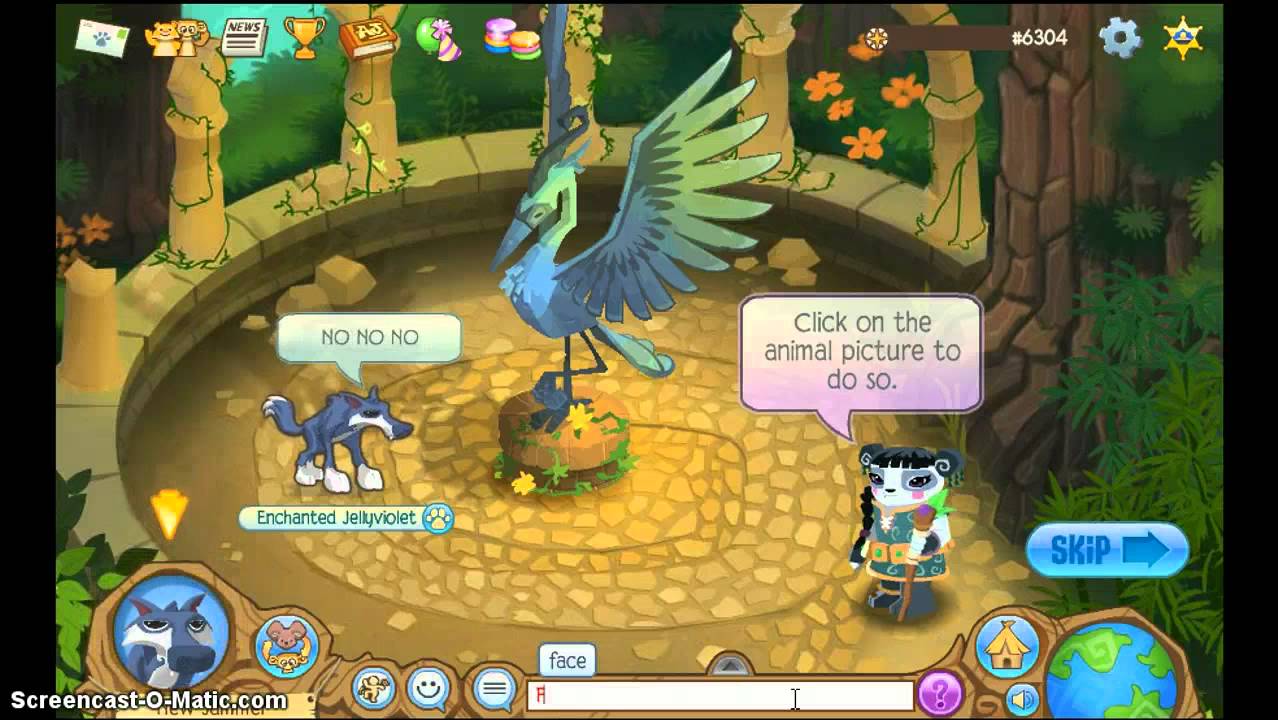 In 2013, Liza got an unexpected makeover. She lost some weight and caked herself in makeup and beauty products, which ultimately resulted in a bad case of pink eye. Even her voice got higher! I remember being rather scared of her new look. I've gotten used to it since, and Animal Jam has made a few tweaks here and there, so all is well.

The picture above doesn't have the best quality - my apologizes, but that's besides the point. In February 2014, the New Jammer tutorial got updated once again. If you became a New Jammer during the time this was the tutorial, you may remember Liza guiding you on a river tour on the Blue Heron, a ship built in commemoration of Mira, the Sky Mother. I believe there was also a little shop on the boat where you could purchase some basic clothing items after receiving your free gems. 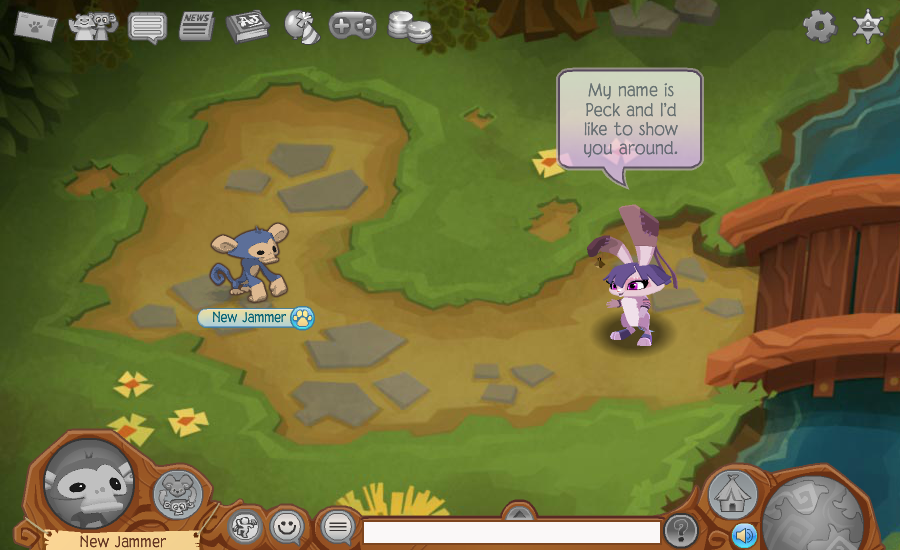 Today, the tutorial features Peck as your guide. You cross a bridge over into Jamaa where a bunch of computerized players (or CPU's, I suppose) are there to welcome you. For a few months, after you completed the tutorial, you would be taken to a Welcome Party, which was a party almost exactly identical to Jam Session, except with basic clothing and den items being sold in the shops. Since the party is gone now, you go straight to Jamaa Township instead.

That's all for today. Let me know what your favorite tutorial is in the comments!