Hey Jammers! ^.^ Today is THURSDAY, which means it's time for another UPDATE! :D

Let's take a look at what the Jamaa Journal has in store for us. 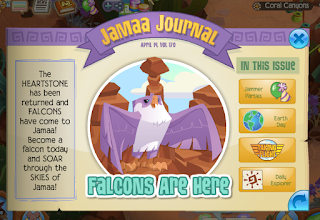 Falcons are here! They appear to be strikingly similar to the eagles, but they're fine, I guess. I would have much rather preferred sloths or ostriches. :I 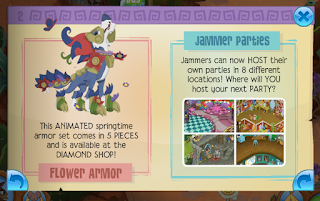 The next page isn't exactly what I could call interesting or helpful by any means. Just some reminders that we don't need.

However, there is a new party that you can host for one diamond, but in my opinion, it's not worth it. It's just a girly version of the Play Wild party. 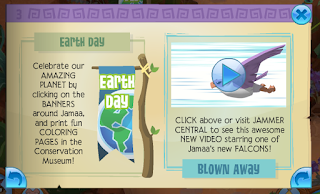 Earth Day is coming up, so of course there must be Earth Day banners overflowing the town. SAVE THE EARTH! xD

There's also a new mini video that has been brought to us by AJHQ, so go check that out. 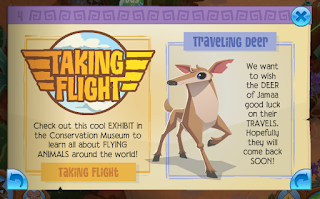 The deer are officially gone. :c In all honesty, that's all there is to this update. See you guys later! :)

Posted by gingy gingy at 3:38 PM
Email ThisBlogThis!Share to TwitterShare to FacebookShare to Pinterest