"Alright! Hey guys, and welcome to another video!"

That's what Julian2 said in his famous "quitting" video a few years back in 2013. He sounded so young back then... 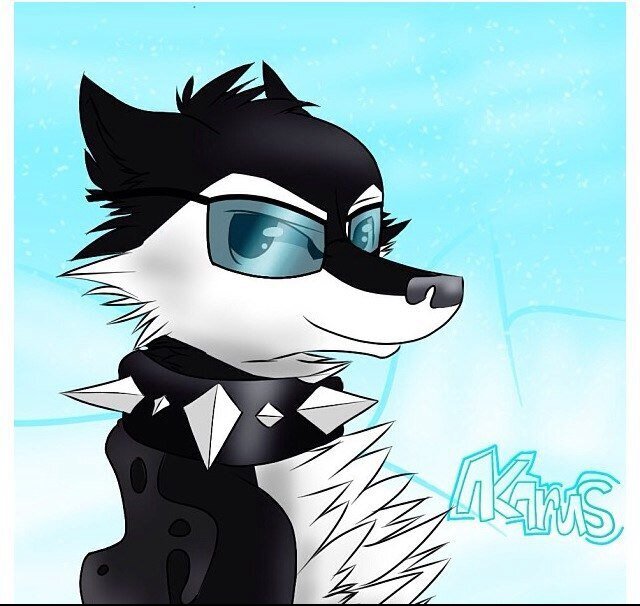 To be honest, I'm not sure why I chose to spotlight Julian today. For one thing, he doesn't even play Animal Jam anymore, sadly. I also don't know much about him.

There was just so much drama between Julian and LilacPetal and GummyUnicorn and bepper and all of those other original famous Jammers that it's hard to remember it all. >_< I promise I'll try my best, though.

Julian2 was probably the most popular Animal Jam YouTuber in 2012 and 2013. Everyone knows him for his main animal, the iconic black arctic wolf with black and blue sunglasses, a long black spiked collar, a black worn blanket, a black spiked wristband, and a black and blue tail armor. As you can tell, it appears he really likes the color black. :3 Last year he made an attempt to change his main look from his wolf to a white horse with warm brown stripes and a monocle, but in my opinion, that attempt was a failure.

Now onto some more interesting subjects. Julian2 was super rare, and there is no denying that. How did he get extremely rare, you might ask?

Julian invented two very important aspects of Jamaa: flash trading and mail time. Flash trading is pretty much gambling, because you're betting your rares in hopes of getting a rare of higher value. In that case, flash trading is a form of scamming.

Mail time isn't exactly a form of scamming, but it definitely says something about your character. If you hop up and down in the middle of town, screaming and demanding gifts, people are going to assume you are some greedy slob who has no self-reliance whatsoever. What's even worse is receiving gifts, then recycling the "unrare" or "useless" ones. Not everyone has headdresses and magenta furries! >:T

Now let's jump into the drama between Julian and Lilac. For those of you who didn't already know, Julian2 and LilacPetal used to be boyfriend and girlfriend. Yes, they were dating. But one day Julian decided to dump Lilac, and Lilac got very angry, so she went ahead and deleted his channel, which just stirred up even MORE drama. Some Jammers even QUIT because the only reason they played AJ was because of Julian and his videos.

Julian kind of disappeared for a while, but he returned with a fresh start. He created a new channel and gained more subscribers than ever before. He met WisteriaMoon in real life several times, and eventually a strong bond grew between them, and they became boyfriend and girlfriend. Because of the sensational ship #jisteria, Julian became even MORE popular.

However, Wisteria doesn't talk much about Julian anymore. She often refers to him as a "friend". They still meet in real life, but we aren't sure whether or not #jisteria is still alive.

Life for Julian was going well l for a few months. It seemed like everything was perfect, until one day Julian posted a video concerning the Animal Jam community, and how there is so much drama and way too much obsession over fame and rares. Some of his fans were supportive; others were livid. They raged at Julian with horrific fury. It reached a point where Julian deleted the video, but the worst is yet to come. Julian had made the decision to quit once again. Julian hasn't posted an Animal Jam related video since then.

Holy Zios! This post is HUGE! 0-0 I didn't even realize that until now. XD I must have got carried away while typing. Maybe I do know more about Julian that I think.

Well, that concludes this post. Leave your thoughts and suggestions for future spotlights in the comments!