I was having a hard time coming up with the perfect outfit for my falcon, and then suddenly I realized, "Why not make an outfit based on Falcon?"

You may ask, "Who is Falcon?" Falcon is a character from the Marvel comics. You can see him in the upcoming movie Civil War. ^.^

I'm not some crazy Marvel fan or anything, but I do like Ant-Man, and since Falcon is in the Ant-Man movie... my Animal Jam falcon just had to be inspired after him. :p 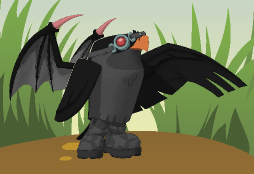 Overall, I think my creation looks pretty good, if I do say so myself. ;3

I was going to use some black round glasses, but those didn't look as cool. :/

To wrap up this little post, here is a random drawing. xD 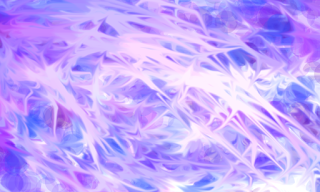 For some reason, I really like using that little paw tool from the Animal Jam paint studio to swirl and mix the colors together.

And last but certainly least, I caught a bully. >:T

Someone was hosting a scientific laboratory role play at their den, and this nasty comment was made by a wolf.

Thanks for putting up with this post of mine! e3e