Howdy! Yes, you heard it darn tootin' right - the Ice Cream Angel is back for another episode!

And no, I totally didn't visit southern Jamaa for a little bit while I was gone to hopefully sell some more ice cream. ;)

Anywho, I have some great news! After Gracie's huge donation, I had finally earned enough gems to buy myself an ice cream parlor!

I got me some rad HGTV designers to help slightly spice up the area, and for free, too. My two cousins Larry and Jerry did most of the work, but left quite a mess in the place when they were finished, so I fixed it up. They actually got fired by HGTV because half of their customers hated the designs they came up with, so now they're living in my aunt and uncle's basement with loads of potato chips and Netflix shows to watch. Aren't they the coolest!!???

After that, the guy who I bought the building from gave me the keys to the place, along with some instructions. 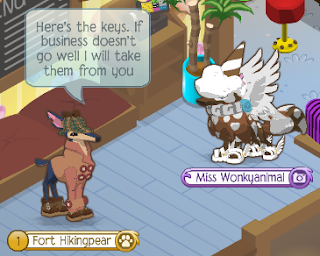 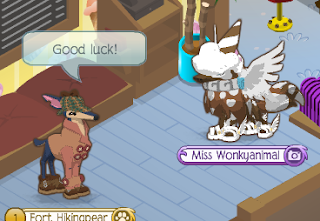 And just like that, I was ready to open up shop! 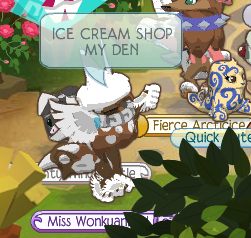 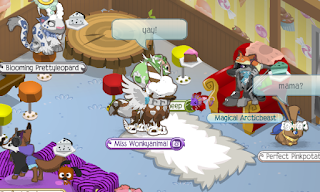 What a nice first batch of customers for the day! 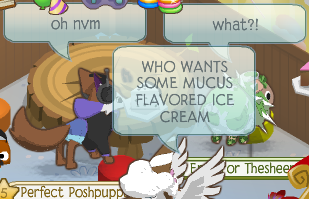 They seem to all want the mucus flavored ice cream, don't ya think? 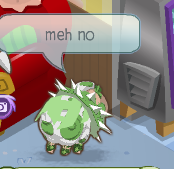 Aww, they're all smiling with their fresh, organic, mucus ice cream! 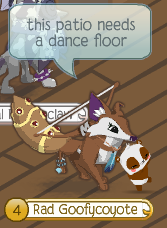 Thanks for the feedback, Rad Goofycoyote!

Hmm... is anyone up for some chicken wing ice cream? 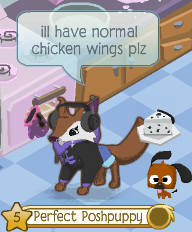 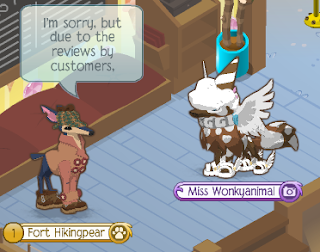 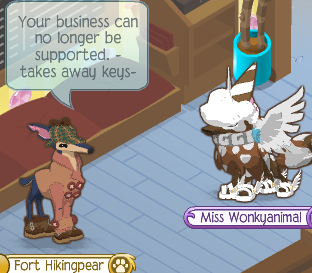 Oh no! I thought all of my customers were having an enjoyable time at my restaurant. :(

Will the Ice Cream Angel get her restaurant back? Find out in the next episode!
Posted by gingy gingy at 12:00 AM
Email ThisBlogThis!Share to TwitterShare to FacebookShare to Pinterest