Hey Jammers! Naffy here. ^.^ How are you guys doing?

Today we're going to be talking about the diamond shop.

The diamond shop was opened in late spring of 2013, and since then there's been a lot of love/hate relationships formed between the players and the shop itself.

But one thing you might not have noticed about the diamond shop is the little mandarin orange tree sitting in a lovely green pot next to the entrance. 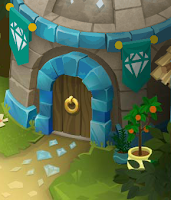 Here is what this kind of tree looks like in real life: 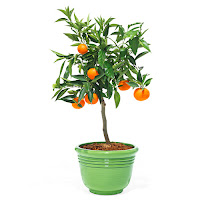 In the Chinese culture, mandarin oranges are often associated with good luck.

Ironically, diamonds, on the other hand, are often associated with bad luck. For example, one diamond, known as the Hope Diamond, is believed to be cursed by some ancient Hindu gods. All subsequent owners of the diamond have had some tragic, unlucky experiences in their lives.

It seems as though the tree was placed by the diamond shop to maybe ward off the not-so-good vibes coming from the diamonds. I'm probably wrong, but it's just a thought. :P

Speaking of which, what do you guys think? Let me know in the comments - I'm interested to hear what you have to say. :D