Hello Jammers! How is everyone doing on this lovely spring day?

Today's post is sort of a continuation of another post I did a while ago about an unreleased den exclusive called ''YardSoccer''.

Well, it has come to my knowledge that there is yet another unreleased den exclusive in AJHQ's database, and it is called "YardGarden". 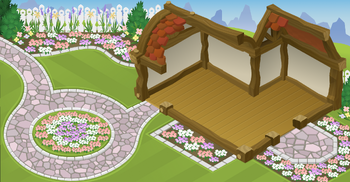 Very fancy! I definitely prefer this over YardSoccer.

Some of you may recognize this layout, and that's because it's actually used in the game currently as a slightly modified variant for the outdoor area of the Lucky Party.

Like YardSoccer, there is also a version of it for the castle den, as shown here: 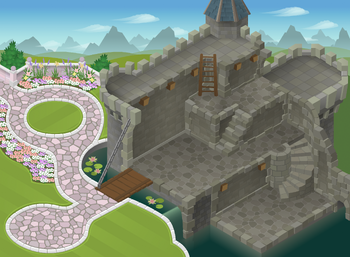 I assume YardGarden appears as a glitch, similar to YardSoccer. It would be pretty neat if it was ever released officially, though.

That's all for now. Thanks for reading! Jam on!