Hey Jammers! It's an update day today, even though we just had an update about a week ago... strange, but I'm okay with it. Let's see what news this edition of the Jamaa Journal has for us. 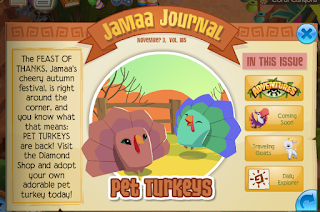 Pet turkeys are back! I mean, it was inevidable, with the Feast of Thanks quickly approaching us and all. 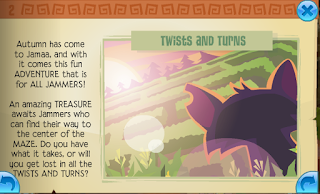 Same thing with the returning Twists and Turns adventure. Inevidable. 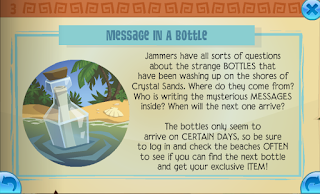 On this page we have a BIG REMINDER about the whole message-in-a-bottle thing that's been going on for several days now, even though that's basically all the AJ community is hyped about right now... 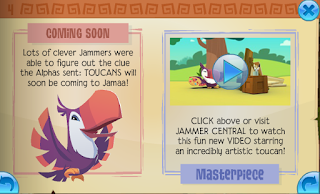 If you guessed that toucans are the newest animal, you're correct! Toucans will be here soon, and I'm kind of excited, actually. 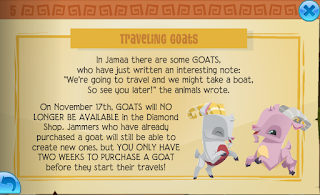 Goats will be leaving soon, but there's one line in the little rhyme at the beginning of the passage: ''We're going to travel and we might take a boat.'' A lot of Jammers seem to think that whatever prison that the person who is sending the message-in-a-bottle notes is on board a ship, so perhaps this might have something to do with the message in a bottle stuff.

And that's the end! That was a pretty small Jamaa Journal, and it really only announced one new thing: toucans. Other than that, it was mostly returning things. Ehh.

Bye bye!
Posted by gingy gingy at 3:09 PM
Email ThisBlogThis!Share to TwitterShare to FacebookShare to Pinterest