I don't feel too enthusiastic to write a peppy little "HIIII JAMMMERRRSSSSS!!!" introduction, so let's just cut to the chase.

Four words for you: first day of school.

This year, things were REALLY unorganized. 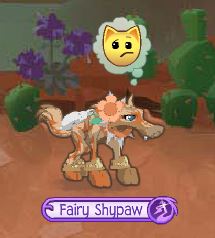 First of all, our dorky bus driver forgot it was the first day of school, so he didn't show up. All of the poor kids waiting at our bus stop (including myself) were somewhat disappointed.

At our school, we have two lunches. If your fifth period class in a certain area of the school, then you may either have 1st or 2nd lunch. French is my fifth period, and since it's a language class, I have 1st lunch.

Or so I thought.

During fourth period, my stomach was grumbling. Usually, if you have 1st lunch, lunchtime is right after fourth period. I couldn't wait to dig in on food!

Then our principal announced over the loudspeaker that there was some confusion and each student was to go to their fifth period class and talk to their teacher and find out what lunch they had. That meant French for me.

So after fourth period was over with, I went to ask my teacher what lunch I had (even though I already knew), and he said 2nd lunch.

Okay, I'll admit it. I'm smarter than most of the people in that freakin' French class.

But it doesn't take a SMART person to KNOW for a FACT that my FRENCH TEACHER is a COMPLETE IDIOT.

Last year, I swear he was absent for HALF THE YEAR. That's like, a full quarter per semester!

Sometimes the PRINCIPAL had to fill in for him because he was TOO LAZY to call a sub!

What's even WORSE is that I told my FRIEND to MEET ME at lunch, but now I couldn't DO THAT because I have 2ND LUNCH.

IT BETTER NOT HAVE!

The only good side to this is that I'll be with a few more of my friends (friends = 4 or 5). The bad side? French is awful, I starved the whole time, and I let my friend down.

I can tell 8th grade will be a total bust.

Posted by gingy gingy at 3:32 PM
Email ThisBlogThis!Share to TwitterShare to FacebookShare to Pinterest