Could Red Pandas Be the Next AJ Animal?

Hi Jammers! Welcome back to the Animal Jam Whip. Today, we're going to be discussing red pandas, and how they have a very high chance of becoming the next animal to come to Jamaa. 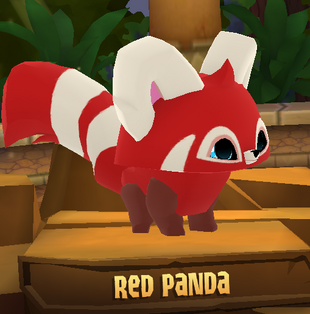 Red pandas made their first appearance in Mt. Shiveer when the Journey Book for that specific land was released. Ever since then, I often find people awestruck by its cute design, which leads them to wonder if red pandas will ever become an actual animal that we can play as.

Then, about a month and a half ago, red pandas were introduced to AJPW (Animal Jam - Play Wild!). You can imagine how people REALLY got hyped here, thinking that red pandas had the possibility to become officially canon after this update.

Well, I'm not sure how long it's been since this change was made, but I believe this discovery might raise the chances of red pandas coming to Jamaa by quite a bit.

AJHQ updated their Membership Benefits page, and one of the slides it shows an image of a group of animals. Yes, one of those animals just so happens to be what looks like a red panda! 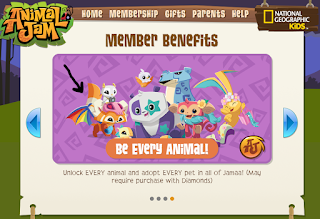 I suppose it's not actually red in the picture, so... it's a tangerine panda! Hahaha.

Anyways, some people in this community are skeptical and say it's just a raccoon, but if you look at a graphic of a raccoon and compare it to the red panda, it's easy to tell the differences. Others believe it's just a red panda from Play Wild, since it has a very similar design to the Play Wild red pandas. But on each of the slides that specifically state the membership benefits on Play Wild, there's a small blue stamp with the initials ''PW''. This slide has an AJ stamp.

Since this fresh look to the Membership Benefits page was added fairly recently, I'm assuming that within the next couple of updates or so, we'll get an announcement that AJHQ is working on a new animal, and I'm almost positive it's going to be a red panda.

Thanks for reading. See ya later!