AJ Storytime - The Time I Went to Jail

Hello. :) Today's post is going to be very interesting, because I'm going to be telling you about the time I went to jail.

No, of course I didn't go to a REAL jail. I meant a jail in ANIMAL JAM. :P

So, a few days ago I was strolling through Crystal Sands when suddenly I bumped into a big black elephant with a yellow police hat upon her head.

Here's a snippet of our conversation:

She addressed the fact that my look was too blue. Apparently if you're too much of a certain color you are breaking the law. 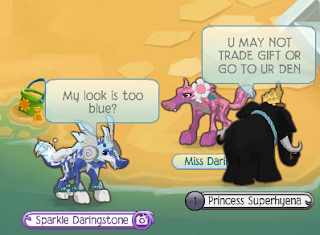 As she was arresting me I kindly stated that her look was too black. 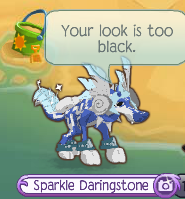 She then notified the police chief, a brown wolf named Duke. He was wearing a blue police hat to show a sign of leadership.

The elephant and the wolf took me to the wolf's den which was nicely decorated with a few bamboo chairs and a bunch of flags. The setup resembled a court.

Just seconds later my friend Pay showed up at the scene. She was to act as my lawyer, but in the world of Jamaa, sadly lawyers must go to jail along with the criminal. 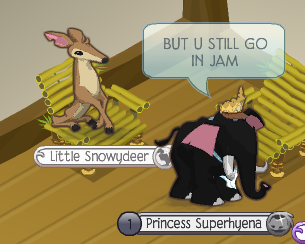 The elephant pawcuffed me and escorted me to my cell. I was laughing my head off IRL the entire time. 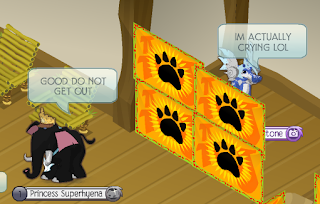 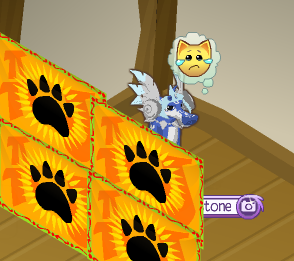 Poor Pay struggled to maintain her freedom as an innocent lawyer.

As Pay and the other police were arguing, I ''stealthily" escaped. 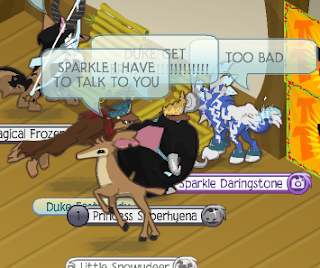 Much to my dismay, I was caught once again. As the police chief was escorting me back to my cell, he had some news for me. 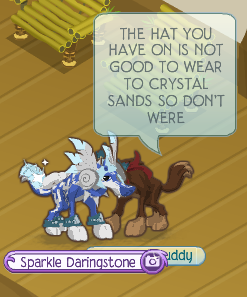 Oh. So now mechanical angel helmets are illegal to wear in Crystal Sands?

Suddenly Duke had a change of heart and decided to let me go. I WAS FREE AT LAST! 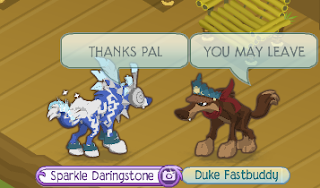 Moral of this story? Don't be too blue, and don't wear mechanical angel helmets in Crystal Sands or else you will suffer the consequences.