The returning item is the beautiful Ruby Birthstone! If your birthday is in July, pick one up now! Er, if you're Member, I mean. 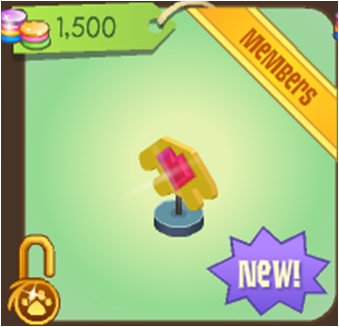 The Pearl Birthstone has also gone out of stock. See you next year!

Yesterday evening I had a surprise waiting for me in the Forgotten Desert Adventure: 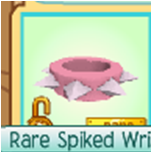 Yay! I have been downtrading some of my spikes for more spikes. I think I'm going crazy-help me! DX

Anyway, the summer sun is sure heating up the place, right? To cool off, we buy a Slip 'N Slide!

To make your own AJ Slide 'N Slide, simply look at this picture to copy.

Even Krystal is playing with it! 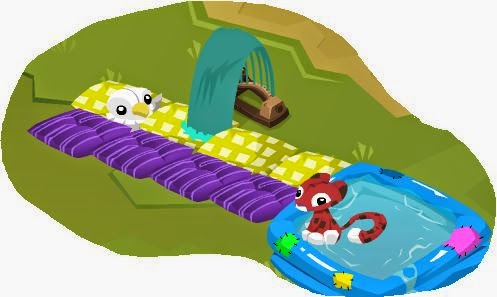 It would also been nice to add a Den Tip section to the Epic Dens list, right? I'll be working on that, too. The contest will be wrapped up later this week as well. Hold your horses!

I posted this yesterday, but I believe it deserves a spot in the daily post (which everybody reads).

This is zaincoolboy222. On his trade list, he has a strange item called a Horse Coin. It's been said that there are only around 10 in the game, so chances of even seeing a Horse Coin are really low. Some Jammers believe they appeared in the Forgotten Desert for the first hour of its release, but got removed after that. Others say you can still win these exclusive coins.

However you earn them, they are very, very rare. I know for a fact X, somebody we will get to in a second, has three.

Anyway, moving on to the X part.

Again, I posted this before, but X indeed needs another notice. (Images and all information from the Rise Against Hackers!) 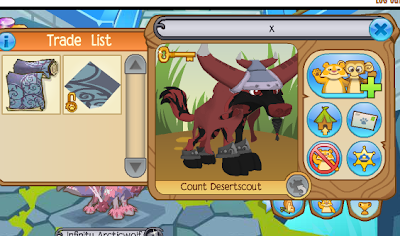 Welcome to the dark world of X! As you can see, X too has very suspicious items, including:
Now things are starting to get suspicious. It's been claimed he's a hacker, and with these pieces of info I bet the theory is true.

Stay away from X, and be safe. Goodbye for now, Jammers!

Posted by nafaria9 at 8:41 AM
Email ThisBlogThis!Share to TwitterShare to FacebookShare to Pinterest